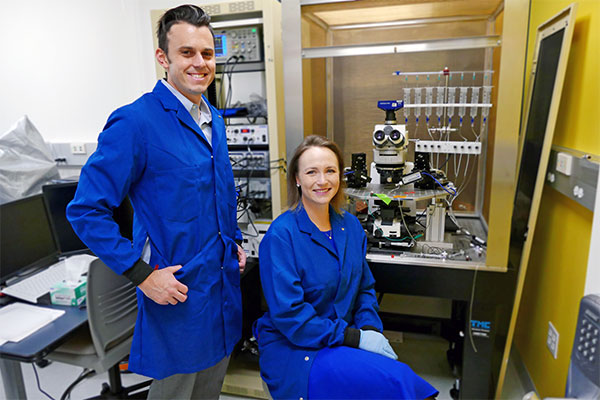 Generally, primary neurons are isolated and seeded within hours of isolation, but cryopreservation, documented for a small number of central and peripheral neuronal subtypes, can contribute to improved utility and reduce the cost of developing new in vitro models. The preservation of cells of the autonomic nervous system (ANS), specifically sympathetic and parasympathetic neurons, has not been explored.

In this work, we establish a method for preserving cardiac ANS neurons as well as evaluating the phenotypical changes of dissociated superior cervical ganglia (sympathetic neurons) and intracardiac ganglia (parasympathetic neurons) for up to a month of storage in liquid nitrogen.

Neuron populations maintained a viability of at least 35%, and the extent of neurite outgrowth was not different from fresh cells, regardless of the storage duration studied. Expression of tyrosine hydroxylase and choline acetyl transferase were maintained over one month of cryopreservation in sympathetic and parasympathetic populations, respectively. Electrophysiological recordings for both neuron types indicate sustained characteristic resting potentials, excitability, and action potentials after more than one month in liquid nitrogen.

Primary cultures of the autonomic nervous system have been previously established for in vitro investigations. This is the first example of preserving primary ANS neuron cultures for long-term on-demand use.

This report describes a readily implemented method for cryopreserving sympathetic and parasympathetic neurons that does not alter neither morphological nor electrophysiological characteristics. This methodology expands the utility of ANS cultures for use in morphological and functional assays.