Supersonic Air Travel is on the Verge of a Comeback, and He’s in the Middle of It

Alex Bender was on a late-night flight to New York City when he noticed something strange. He looked out his window and realized the plane was “taking gigantic turns and flying in circles” to avoid turbulent weather. This put a two-hour delay on his already late arrival.

By this point, Bender had been flying back and forth between New York City and San Francisco twice a week, every week for the better part of three months. Instead of growing accustomed to the constant air travel, he was bothered by it.

“Air travel has been like this for the last 50 years,” thought Bender, who was working as a Northeastern co-op for PricewaterhouseCoopers at the time. “Has no one been working on a more efficient way to travel by air?”

Turns out, there were a few companies working on more efficient ways of air travel. And one of them in particular caught Bender’s eye: Boom Supersonic, a startup focused on developing a commercial aircraft that can travel at speeds over two times greater than the speed of sound.

Now, he works there in a co-op position created for him, but it didn’t come without months of reaching out, and even rejection. 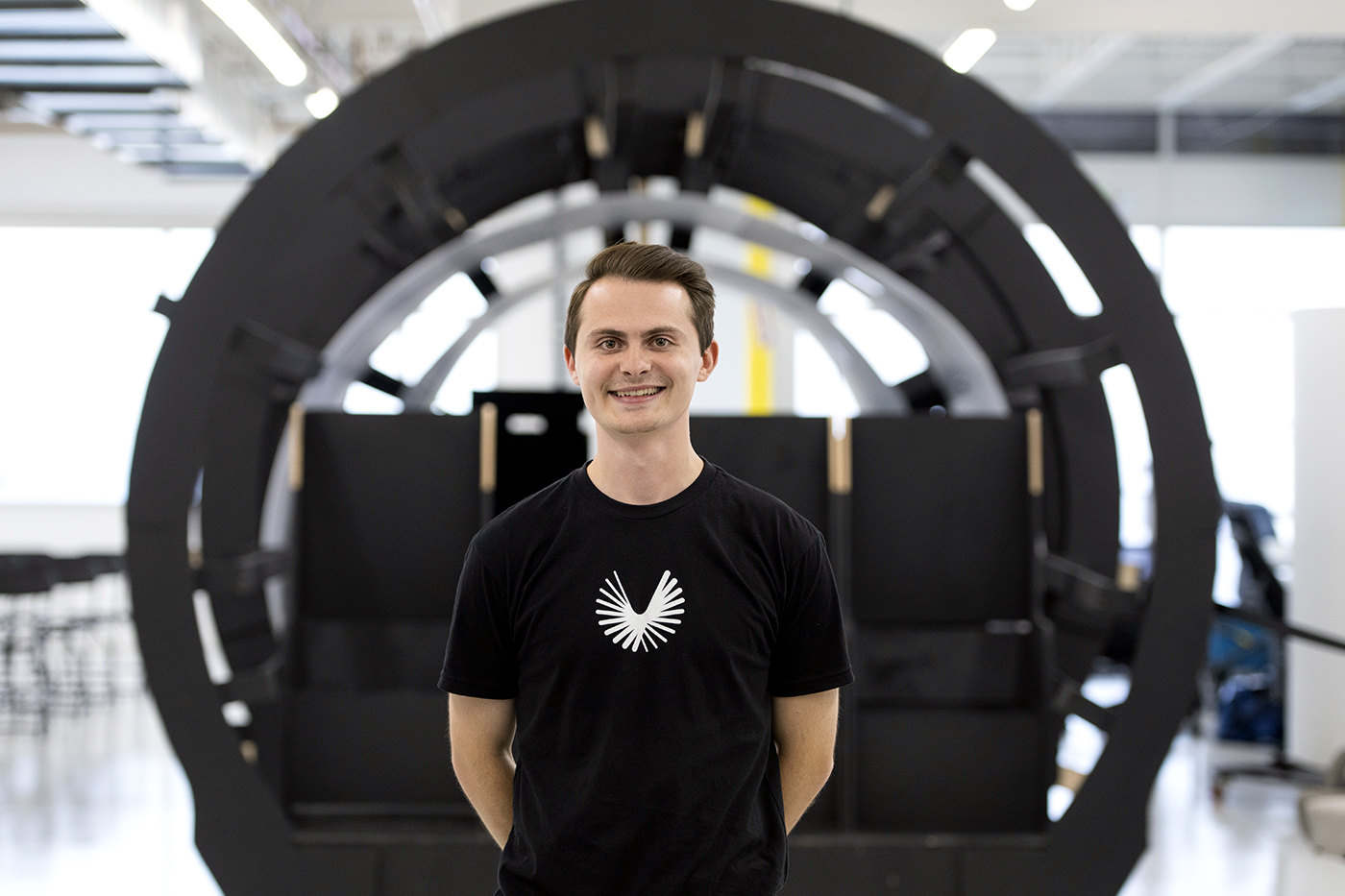 Supersonic air travel isn’t a new invention. The Concorde was a British-French commercial supersonic plane that saw the skies from 1976 to 2003, but because of its high costs and a crash in 2000 that resulted in the deaths of more than 100 people, the jet was retired. Boom’s chief executive officer, Blake Scholl, says he wants to bring back supersonic air travel to reduce travel time in a world that has seen increased international travel.

In the months after his co-op at PricewaterhouseCoopers ended, Bender happened upon a TED Talk given by Scholl. In this 17-minute speech, Bender says, Scholl spoke to every one of the thoughts he had been having about air travel.

“Through my endless rabbit holes of YouTube videos and podcasts, I realized there were a couple of new players in the space, one of them being Boom Supersonic,” says Bender, who is studying industrial engineering and engineering management at Northeastern. “Hearing his audacious idea of bringing back supersonic air travel, I knew I wanted to reach out and learn more.”

When he reached out to Boom, Bender says they were appreciative of the message but initially turned him away. But Bender says he knew he wanted to work there for his third and final co-op at Northeastern, so he kept the company at the top of his list. That enthusiasm eventually got him an interview with the company’s chief engineer, who reconsidered his bid for a co-op position. 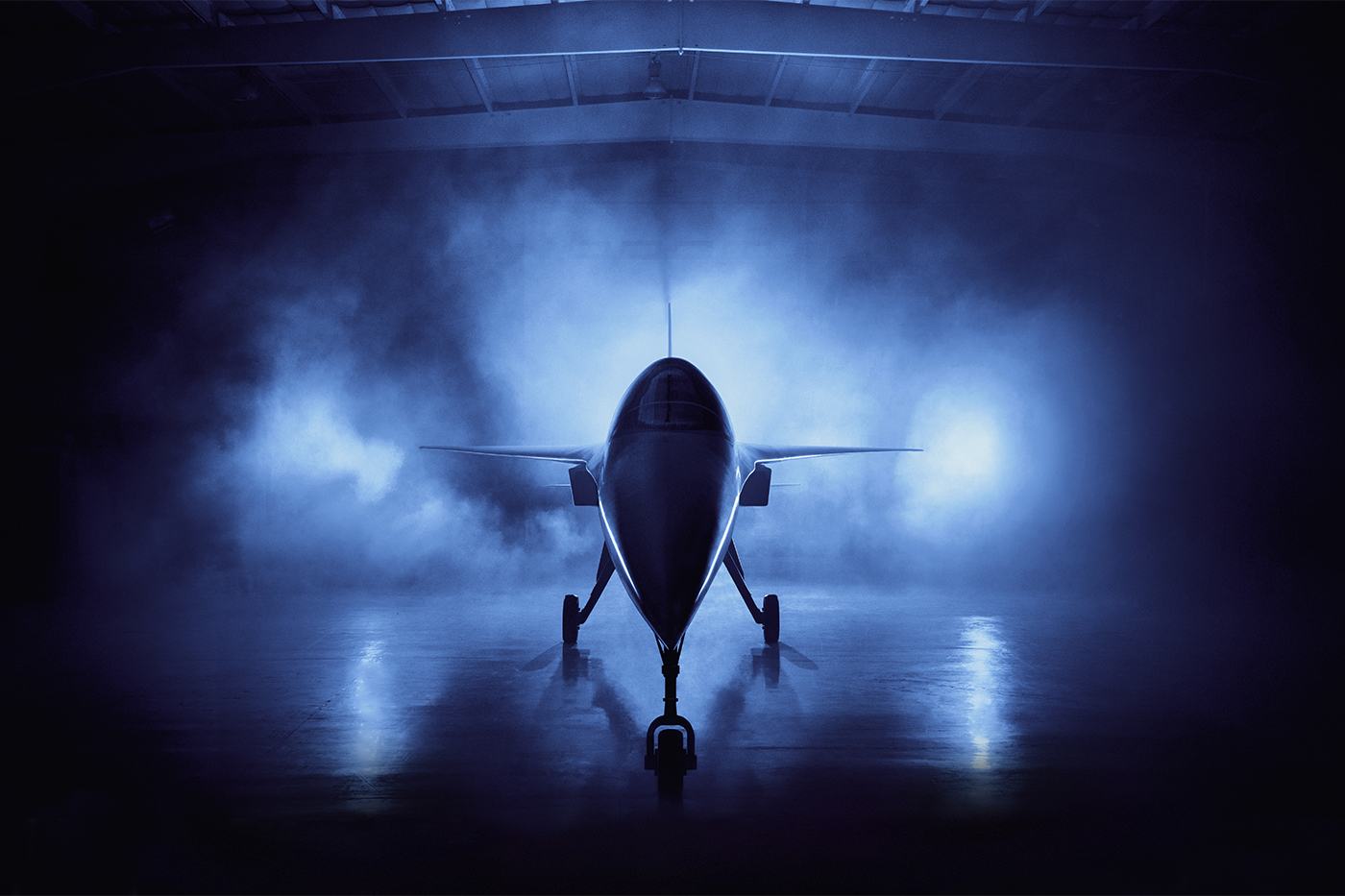 Bender has been working at Boom Supersonic since July. His position combines his past engineering experience as a project manager at Beth Israel Lahey Health with his financial consulting experience at PricewaterhouseCoopers.

“So, on the day-to-day, I’m helping the chief engineer manage the weight, budget of the airplane, and creating financial models that help us make decisions going forward, like ‘how much outside investment should we take to reach our goals,” Bender says.

He says the company is currently in the process of creating a prototype model that will hopefully demonstrate its ability to successfully fly at supersonic speeds, with the ultimate goal of creating an aircraft that can carry passengers at those speeds.

Bender credits the co-op program for allowing him to explore these different fields and ultimately help him find his professional direction.

“Northeastern has helped immensely with cultivating my ambition into these co-op experiences,” Bender says. “They helped me understand what part of my major I wanted to use in my career.”