"Northeastern was directly responsible for me getting my first job." Jeffrey Kontoff, E’74, ME’76, chemical engineering 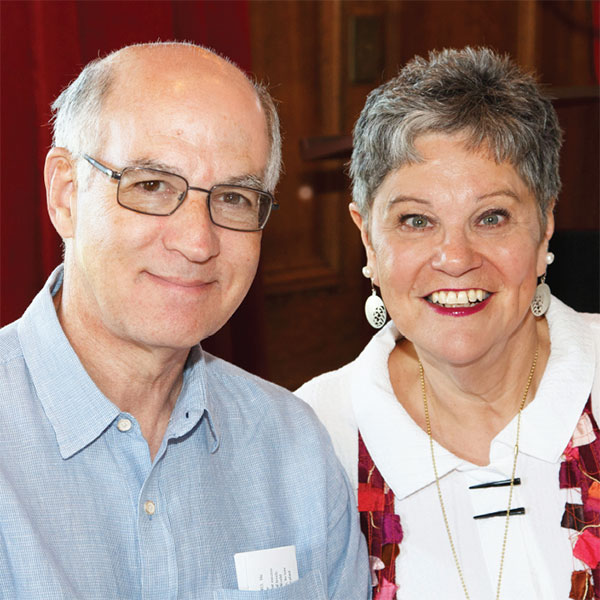 Jeffrey Kontoff, E’74, ME’76, knew that landing a full-time job during the deep recession of the mid-1970s would be challenging. As a chemical engineering major at Northeastern, he had held co-ops in his home state of Connecticut—but after earning his bachelor’s degree, the economy tightened and businesses pulled back on hiring.

“There weren’t many companies interviewing or hiring,” Kontoff recalls. So, he opted to pursue his master’s degree at Northeastern, also in chemical engineering, hoping that the job market would improve in time. It did, and after a fortuitous conversation with the head of the department, Kontoff secured an interview at Monsanto in Springfield, Massachusetts. The economy was on an upswing and he was hired.

“Northeastern was directly responsible for me getting my first job, in addition to my education,” says Kontoff. “I moved out to western Massachusetts and spent my career with Monsanto.”

When talking about the university’s influence on their lives, Kontoff and his wife, Diane, include their extended family. “Our son studied music business at Northeastern, and a couple of my cousins went there too,” he shares. Diane’s aunt and uncle are also alumni, and “Jeff and I both have a big family connection to Northeastern,” she adds.

Visiting Northeastern now, the couple is impressed with the changes on the Boston campus, from new buildings to academic progress. “The engineering department is really focused on research and solving cutting-edge problems,” says Kontoff.

Kontoff knows that Northeastern made a difference in his life, and he has decided to do the same for future students. Through a simple estate gift intention to the university, he is including beneficiary designations in a trust and retirement plan. Inspired by Northeastern’s commitment to research, Kontoff encourages graduates to visit the campus to see how much it’s changed.

Proud of the university’s global reach, Kontoff adds, “It’s been a remarkable transformation.”