Defining Experiences on Co-op at Philips 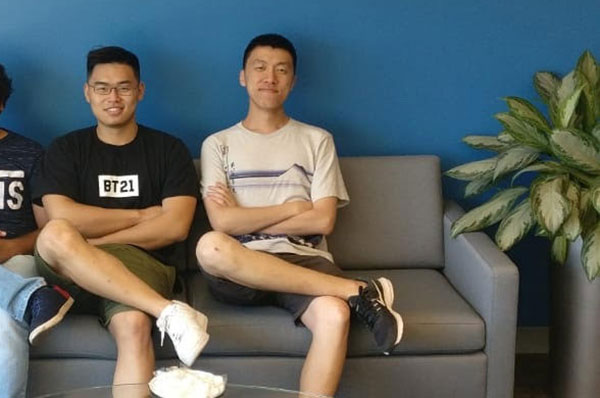 Co-op can be a defining experience for students, and for two recent alumni, their time working at Philips Research Americas’ Cambridge Innovation Labs in Cambridge, Massachusetts, was no exception.

Wangbo Jia, ME’19, originally from Beijing, China, graduated from Northeastern with a Master of Science degree in Electrical and Computer Engineering. He was at Philips for over seven months as an algorithm engineer, working on the development of medical devices that detect the conditions of patients in hospitals. Jia’s main role was to test the algorithms and make sure they worked.

“Usually I would learn new skills, like advanced C++ or MatLab tricks,” said Jia. “I saw how my knowledge could be applied to the industry I’m working in. My programming skills improved as well.”

Jie Dai, ME’19, who obtained his bachelor’s degree at Huazhong University of Science and Technology in China, earned his master’s degree at Northeastern in electrical and computer engineering. He also worked as an algorithm engineer during his seven months at Philips.

“This is my first co-op experience ever; the people I worked with helped me a lot to get used to the environment there,” said Dai. “This was an opportunity to see how a big project works. We had so many different teams working together working on different parts of the biosensor. Everyone needed to work together to make sure the new version would work out.”

Jia agreed about the high amounts of collaboration that was part of his workplace in Cambridge and the other locations he traveled to with his team.

For Srik Thiagarajan, a technical lead in algorithm’s at Philips, and a co-op supervisor, having both Jia and Dai on the team was a dream come true.

“Jia is more of a data person. He organized Big Data in various forms. He did a great job in creating such frameworks for us, a lot of hard work,” said Thiagarajan. “Dai created models and code for us. He understood the concepts very well. I’m happy with the people we have from Northeastern. They’re effective learners.”

For Jia, Philips wasn’t just an opportunity to learn in a working environment and improve upon his skills while learning new ones. It also allowed him to become more comfortable with asking for help.

“At Philips, even though there are different teams, people work altogether. So do not hesitate to talk to other people if you are interested in what they are doing. They will be willing to share as long as it’s not confidential,” said Jia. “At the beginning when I was faced with new challenges or dealing with problems, I hesitated to talk to my lead for help. However, later I learned that everyone has strengths and weaknesses, that’s why we worked together as a team.”

And for Dai, it was a way to learn about a new industry and meet people from all over the world while feeling comfortable in a new environment.

“Because of my major, I didn’t have any bio experience before. I learned so much while here,” said Dai. “We had a lot of diversity, some came from America, some came from India, and I came from China. We always had lunch together and talked about everything, like our cultures and the future. The environment felt really good.”