Discovering My Path with Co-op and Study Abroad 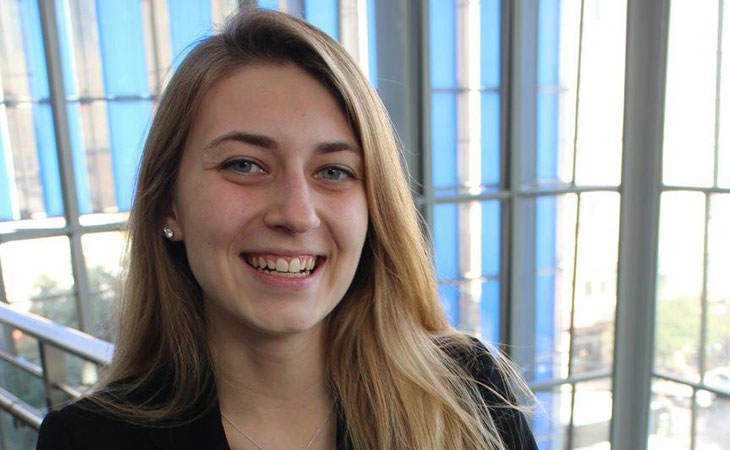 Taylor Duckworth is a 4th year Bioengineering student with a concentration in medical devices, currently on co-op at Sage Product Development. This is her third and final co-op. The first two were at Liberating Technologies, Inc. (LTI), and the Wyss Institute for Biologically Inspired Engineering, respectively. She had also just come back to Boston from doing a full semester of classes abroad at University College Dublin in Ireland, so she is still re-acclimating to the Boston/co-op lifestyle. Taylor describes her experience in her own words.

Discovering My Path Through Co-op

Sage is a small (~20) company that develops medical devices from concept through market introduction on a contract basis for client companies, so there are quite a few projects simultaneously being worked on. Some of the work I do on a day-to-day basis includes designing/testing tools that will be used for resections during endoscopic procedures as well as designing/testing a novel variable resistor infusion pump for patients who require intravenous therapy.

Both of my previous co-ops have given me opportunities that I never would have gotten from just sitting in a classroom —  one of the devices I was working on at LTI received a patent, so I am now a patented inventor of a dexterous end effector for a multi-articulating prosthetic hand. There is also a chance that I will become a published author from some of the research I conducted at the Wyss Institute with their organ-on-a-chip technology. My second co-op at the Wyss taught me quite a bit about live cell and tissue cultures and the research process as a whole, but almost more importantly it also taught me that wet-lab research isn’t the field I want to go into. That’s why I decided to go back to working at a medical device company for my third co-op, and Sage is the perfect fit.