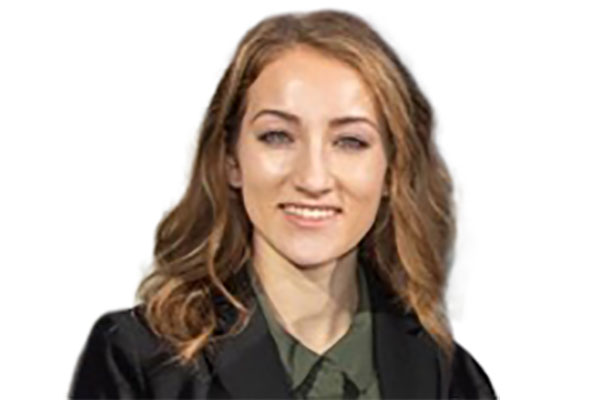 Veronica Carmody is a fifth-year Northeastern student who has been a part of the Galante Engineering Business Program since 2018. She is pursuing a Bachelor’s in Industrial Engineering and a Master’s in Engineering Management. In her time at Northeastern, Veronica has had the opportunity to co-op and intern at companies such as Raytheon, Disney, Amazon, and Ernst & Young. Through these experiences, she has developed a passion for process improvement and data analytics.

At Raytheon, Veronica earned her Six Sigma Greenbelt Certification by working on a project to standardize material handling between value streams on the manufacturing floor. She also worked on a project using Visual Basic to automate data cleaning which inspired her to pursue her next coop in business analytics and pursue data analytics more formally in her classwork. She found her second co-op at Disney where she was able to work on client-facing projects as a part of the Industrial Engineering department. In this role, she worked with a diverse client base supporting restaurant, transportation, and cruise line projects. She learned how to consider overall company strategy while collecting and interpreting data and how to adapt projects to changing circumstances. After her internship at Disney, she worked at Amazon where she proposed a process improvement initiative and rolled it out for the entire fulfillment center with the support of a cross-functional team. Most recently, Veronica had a virtual internship at Ernst & Young doing technical consulting for a financial services client which helped her explore external consulting-client relationships and learn how to deploy technology initiatives on a large scale.

Veronica will be graduating in May 2021 and hopes to pursue a role in business analytics or Industrial Engineering. In her time as a Galante Fellow, she says “I have learned the importance of making connections and using your peer network. My best advice would be to pursue opportunities optimistically. The worst that can happen is a “no,” and the best won’t happen unless you try!”