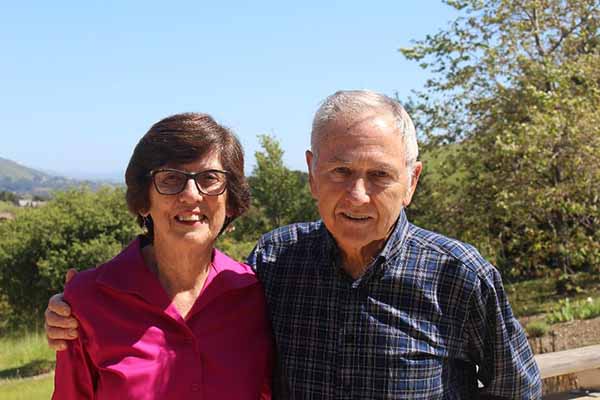 His school-vacation jobs included laboring on wharfs, houses, and barns. He scraped sludge from the feeder of a fertilizer factory and the tanks of a paper mill. He surveyed land for a new road and measured the strength of concrete samples.

“I realized I would not be satisfied with any of those jobs as a career,” Salmon says. “I was motivated to continue studying.”

Salmon earned his BS in Electrical Engineering from the University of Auckland. He worked a year for the New Zealand Broadcasting Corporation. At that time, they were introducing television to the country. The work was interesting, but he still was not satisfied.

Professor Bogle, of the University of Auckland, visited U.S. engineering schools. On Bogle’s recommendation, Northeastern University accepted Salmon sight-unseen as a lab assistant, enabling him to secure an immigrant visa.

The Chair of the Department of Electrical Engineering at Northeastern, Dr. Clayton, met Salmon and his wife, Diana, at the Boston airport with an advance check for $500. That enabled them to buy groceries and pay rent.

From 1963 to 1965, Salmon earned his master’s degree at Northeastern, while Diana worked as an administrative assistant in the College of Engineering co-op program. The then Dean Scott was a welcoming mentor. His excellent textbooks were a revelation. “I was learning rapidly, and between the earnings of Diana and myself, we were saving more than we had been earning in New Zealand.”

An entrepreneur is born

Salmon next traveled to the University of Illinois to earn his PhD. Upon graduation, he spent a year at Stanford Research Institute, then joined Systems Control—a think tank that solved technology problems for the military. He left the company in 1975 to chase his own dream.

Salmon tried twice to found technology start-ups. With his brother, an engineer at Intel, he formed a company to develop a thermal printer. The idea had merit and the company gained venture capital, but it failed due to inability to manufacture thin-film print heads at adequate yield and cost. Then he led an effort to develop manufacturing management software. That failed due to inadequate financial backing and marketing acumen.

Salmon wrote software to support his own trading. After five years of solo effort, he made an alliance with Campbell and Company, a commodity trading advisor. For the next 25 years, his code made the buy and sell recommendations, as the firm grew from $1 million to $1 billion in invested capital.

Looking back — and giving back

At 80 years of age, Salmon still writes code for his own use. After undergoing open-heart surgery in 2019, he looks back at critical moments in his life. “Northeastern’s hospitality to me and Diana comes immediately to mind,” states Salmon. “We are grateful and will include the College of Engineering in our estate plan.”

“Northeastern took my knowledge to a new level, forming the foundation for my success. My journey to America was life-changing.”