The Long Road to Happiness 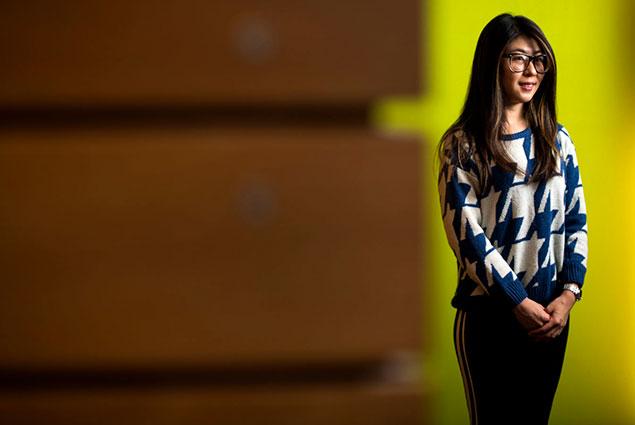 This software engineer took the long road to happiness

SEATTLE – The journey of 6,000 miles began in Taiwan where Ching-Chi “Amanda” Chang, MS Information Systems 2018, was launching her career as a TV reporter. She realized, with discouraging alacrity, that it wasn’t for her.

“I hated it,” said Ching-Chi, who today goes by the Western name of Amanda.

From the start she was convinced that her future in TV was too reliant on the way she dressed, the way she looked. She didn’t like being told what to wear. What would become of her as she aged? Amanda didn’t like the writing, the deadlines, the uncertainty. She wanted to build a career for the long-term.

At that time there was no predicting that she would wind up at Northeastern in Seattle, on her way to an entirely different line of work. All Chang knew was that she wanted to try something else. She applied for office work at UTAC, a Singapore-based semiconductor company with manufacturing facilities in Taiwan.

The person in charge of hiring must have seen where Chang was headed, because her application was diverted to quality engineering. UTAC trained her to engage with clients and vendors while managing quality control for the daily production of hundreds of thousands of microchips. Four years later, that job helped her envision her next big step.

“I was getting bored,” she said. “It was kind of a situation [where] I couldn’t learn any more. I wanted to just quit my job and go learn English.”

She moved to Seattle, spent six months improving her English at the University of Washington, and then enrolled at Northeastern in Seattle. By now Chang had decided, after scrolling through so many potential dreams over so many years, that she wanted to be a software engineer. Even though she had no understanding of it.

“The first semester was so difficult for me because most of my classmates had experience about coding, and I didn’t know anything,” she said. “I felt so uncomfortable. I didn’t feel confident at all.”

Those feelings of discomfort turned out to be promising. Chang wanted her confidence in work to be earned. Her dream, always, had been to invest in a skill that could see her through, like a partnership for life.

“I realized I can just sit in front of my desk, coding, the whole day,” she said. “For me, it was so different from writing. I can just sit there for eight hours straight, and it’s like I feel this magic. I didn’t know anything like it before.”

Chang graduated in December with her Northeastern master’s in information systems. She works full-time for Nordstrom in Seattle as a software development engineer. Each day is devoted to writing and speaking in languages that are new to her; they express the person she has always wanted to be, 6,000 miles from where her story began.