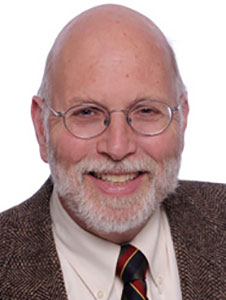 Stephen W. McKnight received a B. A. in Physics from Oberlin College in 1969 and a Ph. D. in Solid State Physics from U. Maryland-College Park in 1977. After completing a National Research Council Fellowship at the Naval Research Lab, he joined the faculty in the Physics Department at Northeastern University in 1980. In 1985, he took an appointment in the Center for Electromagnetics Research, an NSF-sponsored Industry/University Collaborative Research Center. In 1987 he was appointed Associate Professor in the Department of Electrical and Computer Engineering at Northeastern and in 2001 was promoted to Full Professor. Since 2000 he has been the Education Thrust Leader for the Center for Subsurface Sensing and Imaging Systems, an NSF Engineering Research Center headquartered at Northeastern. He has published over 40 refereed journal publications on microwave, far-infrared, and optical materials and devices, served five terms on the Northeastern University Faculty Senate Agenda Committee including two terms as the elected Secretary of the Faculty Senate, and wrote the department’s self-study report and coordinated the site visit preparations for the Electrical and Computer Engineering ABET accreditation in 2001. In 2004-2005 Prof. McKnight served as Interim Chair of the Electrical and Computer Engineering Department, and in 2008-2009 he was the University Acting Vice Provost for Research.