Accelerating the Production of Tetratenite as Alternative to Rare-Earth Magnets 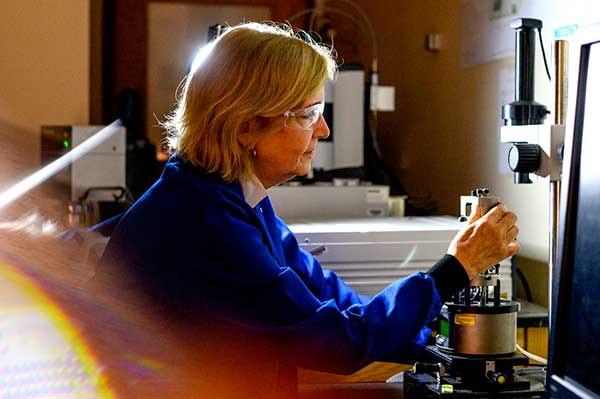 Distinguished University and Cabot Professor Laura Lewis, ChE/MIE, has developed a method to create tetratenite as an alternative to rare-earth magnets, which she was recently awarded a patent for.

Researchers may have just solved the rare earths crisis. No, it doesn’t exactly involve mining meteorites

During a time of immense global uncertainty, managing supply chains for critical materials has been a top priority for many governments and large organizations. But what happens when certain materials are concentrated in the hands of one single nation—as most of the world’s rare earth metals are with China?

Rare earth elements are essential in manufacturing a range of high-tech devices. In particular, they are used in the production of high-performance magnets that are, themselves, fundamental components in a whole host of technologies. For years, researchers have been searching for new magnetic materials that can act as substitutes for the critically scarce components.

Engineers at Northeastern now believe they can solve the puzzle, and have patented a process to accelerate the creation of one such rare earth magnet alternative—a mineral known as tetrataenite, whose magnetic properties make it a leading candidate to replace magnets made of the scarce material.

The problem is that tetrataenite isn’t found in nature—at least, not on Earth. It’s only found in meteorites, says Laura Lewis, a university distinguished professor of chemical engineering at Northeastern, who is part of a team that is attempting to make tetrataenite in a lab in an effort to uncover scalable solutions to the rare earths shortage.

To make the cosmic mineral requires manipulating the atomic structures of its iron and nickel components by arranging them into a crystal structure that resembles tetrataenite, speeding up a natural process that would take millions of years on Earth, Lewis says.

“The iron and nickel atoms have to rearrange themselves. And nature will do it, but it will take millions of years to do,” she says. “So if we can do it in industrially relevant time-scales, we will have a nice new addition to the permanent magnet portfolio.”

But when it comes to these precious metals, scarcity alone doesn’t tell the whole story.

“It’s beyond just scarcity,” Lewis says. “Because the methods necessary to process the ore that comes out of the earth are really environmentally hazardous—I would say even damaging. And for many decades, China not only has had a large supply of these rare earths, but the means and will to produce them.”

She says that while China has been using rare earths to meet the needs of its own green revolution, its virtual monopoly presents an obstacle to other nations looking to get their hands on the materials. According to one estimate, global demand for these magnets is expected to reach $37 billion by 2027.

“Whatever they [the Chinese] do to meet their own needs is going to be at the expense of whatever the rest of the world needs,” Lewis says.

Far from your average refrigerator magnets, industrial permanent magnets are used to transfer energy from mechanical to electrical sources. The list of technologies that rely on magnetic flux (a technical term describing the magnetic force exerted on a surface when a magnet interacts with it) is virtually endless, from electrical cars and wind turbines to computer hard drives, speakers and military radars, among many others devices and applications.

Using a $2.1 million grant from the U.S. Department of Energy, Lewis and her team are tasked with “discover[ing] nature’s rules for creation of competitive magnetic materials comprised of non-critical elements.” The team has been engaged in the research for several years now, Lewis says, adding that they’ve arrived at “very promising results.”

Lewis is also a delegate to two U.S. technical advisory groups representing the American National Standards Institute in the International Standards Organization. The advisory groups she contributes to focus on managing the supply chains for critical elements linked not just to rare earths, but also materials such as lithium that are used in both household and industrial technologies.

“I’ve been meeting with my counterparts in China, Japan, Korea, Australia, and Europe to figure out how to fix these supply chains,” Lewis says.

The invention provides method for making high coercivity magnetic materials based on FeNi alloys having a L10 phase structure, tetratenite, and provides a system for accelerating production of these materials. The FeNi alloy is made by preparing a melt comprising Fe, Ni, and optionally one or more elements selected from the group consisting of Ti, V, Al, B, C, Mo, Ir, and Nb; cooling the melt and applying extensional stress and a magnetic field. This is followed by heating and cooling to form the L10 structure. 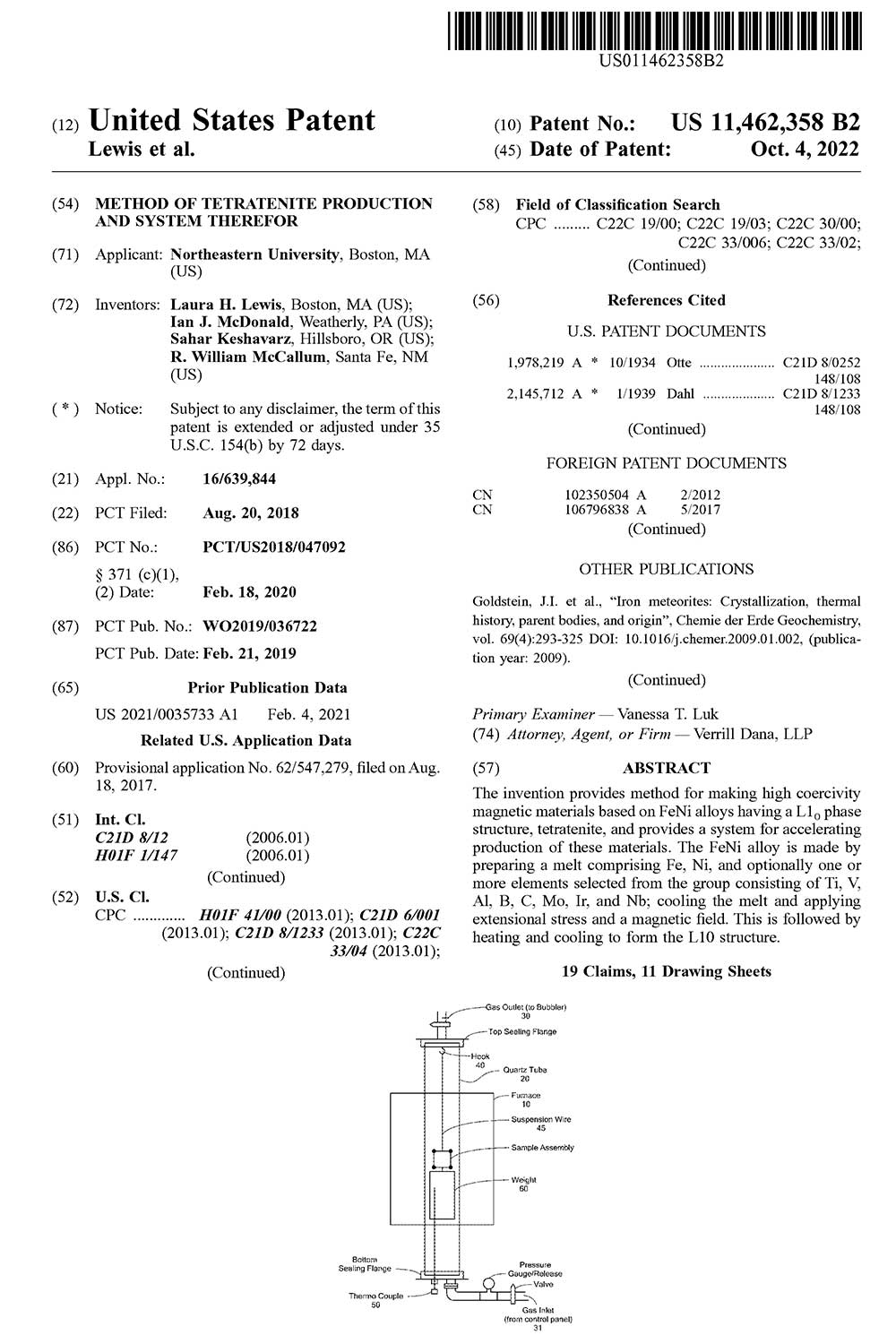