Students pursuing the master’s in bioengineering at Northeastern’s Portland, Maine campus have the opportunity to work closely with Professor Raimond Winslow and his computational medicine research team. They are also eligible for a scholarship from the Maine-based Alfond Foundation. 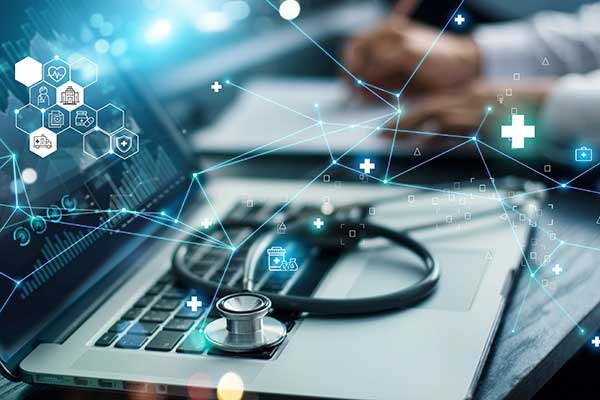 The Department of Bioengineering at Northeastern University is driven by the conviction that the interface of engineering and medicine is one of the great intellectual adventures of the 21st century. Recognizing the breadth of disciplines that contribute to bioengineering, the MS in Bioengineering degree allows students to choose one of four concentrations to develop deep expertise in an area of particular interest. The concentrations include molecular, cell, and tissue engineering; biomechanics, biotransport, and mechanobiology; biomedical devices and bioimaging; and the newest—systems, synthetic, and computational bioengineering.

As practiced in the real world—with all its variations and complexities—medicine has never been an exact science. The power of data and computational systems, however, are helping to change that. “Through the new systems, synthetic, and computational bioengineering concentration, we are preparing our students with in-demand skills in data and system science and in synthetic biology, as well as on how to apply those skills to emergent fields in bioengineering,” explained Erel Levine, an associate professor of bioengineering who championed the new concentration.

Pioneer Computational Medicine at the Roux Institute at Northeastern

For Northeastern’s Rai Winslow, professor of bioengineering and director of life science and medicine research, the path to more analytical rigor and better outcomes in clinical treatment lies in computational medicine, a field he pioneered over many years at Johns Hopkins University. Using a variety of modeling techniques to predict the course of disease progression and tailor treatments to the patient, Winslow’s work has defined a field that’s changing how the medical, biotechnology, and pharmaceuticals industries approach their work.

Using a variety of modeling techniques to predict the course of disease progression and tailor treatments to the patient, Winslow’s work has defined a field that’s changing how the medical, biotechnology, and pharmaceuticals industries approach their work.

Now based at the Roux Institute, Northeastern’s waterfront campus in Portland, Maine, Winslow is leading the computational medicine focus of the new MS in Bioengineering concentration in systems, synthetic, and computational bioengineering. Students pursuing the master’s in bioengineering at Northeastern’s Portland, Maine campus have the opportunity to work closely with Winslow and his computational medicine research team. They are also eligible for financial aid from the Maine-based Alfond Foundation, which has committed $100 million in scholarship funding for students who live and work in the state. The program will also benefit from ties to industry partners including MaineHealth and the Jackson Laboratory—along with partnerships and co-op opportunities around the country and the world. 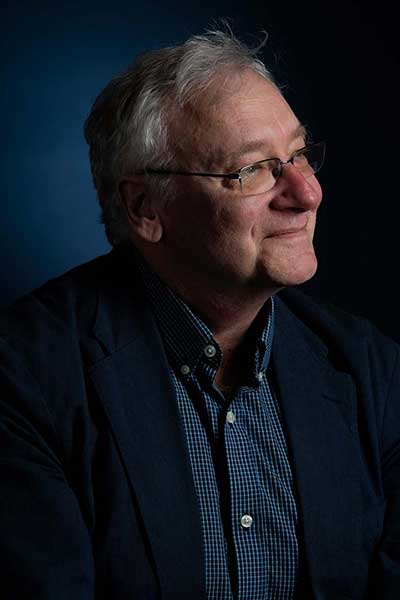 Raimond Winslow, professor of bioengineering, and director of life science and medicine research, is a founder of computational medicine.

For Winslow, who earned his undergraduate degree in electrical engineering, the impulse to bring more analytical methods to the life sciences dates back to the late 1970s, when he decided to pursue biology in graduate school. “I realized I could bring the two together,” he said. “That I could live in the world of math and engineering, and I could live in the world of biology, and important solutions could be found that way.” He ultimately earned his PhD in Biomedical Engineering from Johns Hopkins University. In a decades-long career at Johns Hopkins, he and colleagues developed the roots of what would become computational medicine—ultimately founding the Institute for Computational Medicine in 2005. It became the world’s first center dedicated to the field.

As Winslow explains, computational medicine is built on modeling—but takes a broad view of what “modeling” entails. While some models might rely on AI or machine learning, others are based on medical imaging or data from sensors such as an EEG or ECG. Whatever the technique, the objective is developing a model to predict—in a patient-specific manner—the most likely course of an illness or the most effective, least invasive treatment. “It’s using a model to quantify the state of the patient and understand how that state is going to evolve forward in time,” said Winslow.

To cite one example, this modeling might be used to predict which patients in a critical care unit might develop sepsis—and not only that, but how confident their doctors should be in that prediction. “Maybe we’re 20% confident, or maybe we’re 90% confident,” said Winslow. “Physicians do very different things armed with those confidence levels.” In another application, Winslow added, that computational medicine techniques are being used to improve cardiac catheterization procedures for heart arrhythmias. Currently, he explained, doctors rely largely on intuition to target the area of the heart that’s causing the arrhythmia—inevitably choosing wrong sometimes, and subjecting the patient to lengthy procedures that damage heart tissue in the process. Modeling techniques now in clinical trials are showing great promise for more accurately targeting the problem with fewer adverse effects. “The key is to harness that model to do better for the patient,” said Winslow.

As biology and medicine turn ever more to analytics, careers are opening for computational medicine graduates as research scientists, data scientist, biostatisticians, and beyond. In recent years, said Winslow, PhD students he’s worked with have gone on to careers at pharmaceutical companies including Bristol Myers Squibb and Pfizer, as well as nonprofits such as the Broad Institute.

“Traditional biology departments are evolving,” he said. “To be relevant in biology, you just have to know quantitative data analysis methods and modeling methods. The opportunities are very diverse—they’re all over the spectrum.”

Systems, synthetic, and computational bioengineers are also in demand by many companies in the Boston area—from MIT Lincoln Lab and Merk to IBM and Novartis—and around the world. Careers can range in the space of drug design, cell and gene therapies, personalized medicine, modern agricultural technologies, future foods, and bioenergy.