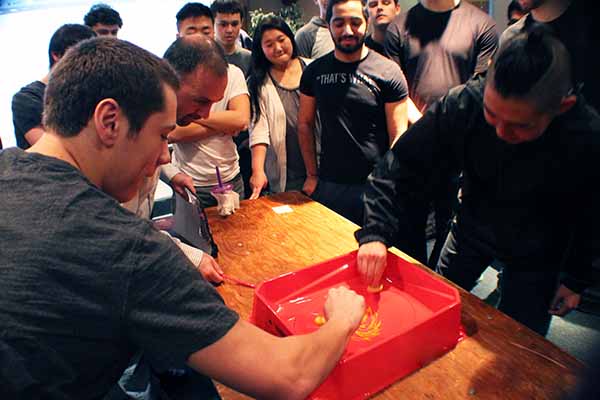 Many of the First Year Engineering class sections have been gearing up to compete with their 3D Printed Battle Tops. Students in Dr. Variawa, Dr. Pfluger, Dr. Goldthwaite and Dr. Whalen’s classes were involved in the competition, which took place Monday, November 24th, in a classroom in the basement of Snell Library.

The students were split up into teams, and had to give a thirty-second talk about the spinning top they built before heading to the arena: teams would have a practice run before putting their spinning tops up against each other. The 3D-printed models were built in all different styles, sizes and colors, with varied design features.

The air was filled with enthusiasm as the competition progressed into its semi-final rounds, with all observing students being called into watching the action up-front.