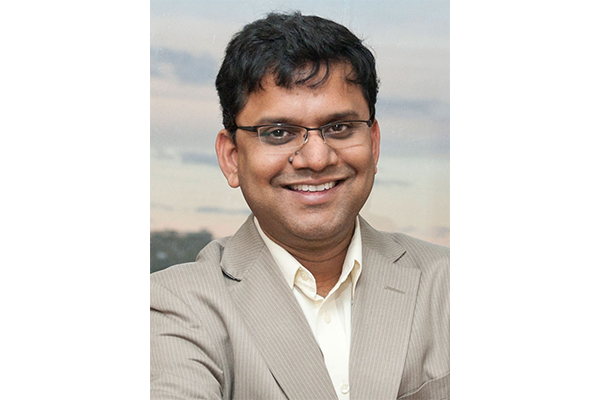 CEE Professor Auroop Ganguly is the lead PI on a $3M grant for “NICE: Networked Infrastructures under Compound Extremes” from the DoD’s Strategic Environmental Research and Development Program (SERDP). The project is in collaboration with the University of California at Berkeley, US DOE’s Pacific Northwest National Lab, the US Army Corps of Engineers, and the US Naval Research Lab and will fund the research into networked infrastructures under compound extremes.

There are many public and private structures important to our national security. These can be privately-owned structures such as the nation’s many water treatment and power plants. The US Department of Defense itself maintains a large constellation of military installations across the world. Protecting these locations and ensuring they may continue to function under threat conditions is integral to national security. The evolving security challenges of the 21st century means these risks go beyond traditional threats by hostile powers from land, sea, or air.

In addition to traditional risks from state actors, locations critical to national security must be on alert for nonconventional threats. These include terrorism and cyber-attacks, but also non-human threats, such as natural disasters, extreme weather strengthened by climate change, or disease. A major concern is when the pressures caused by one of these extremes is compounded by the co-occurrence of another. “The possibility that nations with sophisticated cyberspace operational capabilities may choose to time the launch of a cyber-attack on the nation’s critical lifelines while the nation is facing a debilitating hurricane or riverine flood or wildfire, can no longer be ruled out,” writes Ganguly in his research proposal.

Due to the increased interconnectivity of our world, there is a danger that pressure placed by extreme events on one facet of our infrastructure could cause a cascade of failures across others. Ganguly and his team plan to develop a framework for mapping failure and recovery pathways of critical infrastructure. The government and military will be able to use the framework to predict the effect of various compound extremes on important infrastructure, and direct resources for strengthening them appropriately.

Auroop Ganguly is an expert in infrastructure resilience, artificial intelligence, and extreme weather. He serves as a member of a review panel of the United Nations Environmental Programme and a professor by courtesy at Northeastern’s Khoury College of Computer Science, School of Public Policy and Urban Affairs, and the Departments of Marine and Environmental Science, and Political Science.

US Department of Defense (DoD) installations and bases in the nation and across the globe face unprecedented external compound threats from a combination of natural hazards, terror organizations, rogue states, and even major-powers that may aspire to compete for superpower status. The growing interdependence of networked assets further lead to the possibility of cascading failures, which may in turn exacerbate internal threats caused by natural or technological failures, cyber-attacks or sabotage, as well as lack of adequate resources. The dynamic and exacerbating nature of threats, such as changing patterns of weather extremes, or evolving sophistication in dangerous malware, or even growing scarcity of resources for preparedness and maintenance, are increasing the chances of correlated extremes. Thus, climate change and infrastructural vulnerabilities are known to have increased the probability of compound weather extremes, while the possibility that nations with sophisticated cyberspace operational capabilities may choose to time the launch of a cyber-attack on the nation’s critical lifelines while the nation is facing a debilitating hurricane or riverine flood or wildfire, can no longer be ruled out (National Infrastructure Advisory Council 2018). Meanwhile, resources for preparedness and recovery have been growing scarce across civil and military installations owing to dynamic policy prescriptions and financial disincentives. The research team will develop coherent resilience theory and theoretical frameworks with computationally tractable theoretical methods for installation-level resilience, where, the specific focus will be on mapping failure and recovery pathways, adapting to changing conditions, and recovering from disruptions.