Giving Back and Forward 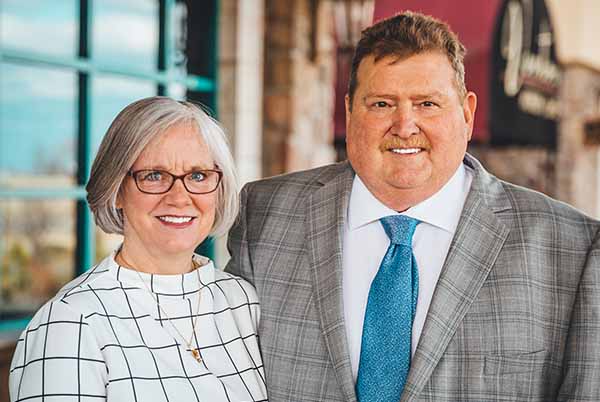 When it comes to supporting his alma mater, Bob Maddock, E’72, is proud to follow the example set by his father Tom, a 1942 Northeastern graduate who, like his son, earned a chemical engineering degree, achieved professional success, and went on to give back to the university through generous financial support.

Today Bob and his wife Loretta, who is also a chemical engineer, are poised to continue that philanthropic tradition with a significant gift through their estate. The majority of their gift will establish a first-of-its-kind graduate fellowship in chemical engineering—a key recruiting tool for Northeastern—while the remainder will fund an undergraduate scholarship.

As a steward for his father’s scholarship, Bob visited Northeastern as often as possible with Loretta to meet with scholarship recipients and professors and sit in on classes—experiences that left the couple consistently impressed with both the growth of the college and the caliber of students and faculty. It was a meeting with Chemical Engineering Professor Rebecca Carrier and her grad students that ultimately inspired the couple’s desire to create their own plan to give back. “I sensed at that meeting that both Rebecca and her grad students struggled with finances,” says Bob. “The school wants to attract and retain a high level of student and it’s expensive to go to school and live in the Boston area. Those are the sorts of things that cemented our idea to go ahead and establish something to support the university and students.”

“We spent a lot of time figuring out what we could do,” says Loretta, who credits Senior Development Officer Kit McCarthy and Carrier for providing help and direction as the couple considered various options. “Funding a graduate fellowship enables Northeastern to attract top candidates and enhances the quality of engineering education,” she says. “We think grad level students have already established a commitment to an engineering career by completing the undergrad program. And this fellowship would allow that person to establish a career in teaching or research.”

“When you start to reach the age I’m at, you start to think about the mark you have left and what you can do for the future,” says Bob. “There was an opportunity for us to give back and give forward. We wanted to do something more forward looking, something that would help the university as much as the students.”

“This is our first opportunity to give back on a big scale,” adds Loretta. “For us, it’s very meaningful and we can see what impact it has. You don’t have to have millions to make a difference in this world. Having the ability to go forward with this plan, it just feels good.”

As the Maddocks move ahead with their philanthropic support, the family’s generational connection to Northeastern continues: their niece, Katherine Hall, attends Bouve’s nursing school, pursuing the same career as many of her family members. “She’s in her second year and loves it,” says Bob.