Helping the Blind to Navigate Intersections

Under the direction of Associate Professor Waleed Meleis, a group of ECE capstone students developed an app to help those visually impaired navigate intersections.

Crossing a busy city intersection can be a precarious task for any pedestrian, a maze fraught with various obstacles like cars, cyclists, trains, construction, and other people on foot. Now imagine navigating with little to no sight.

In an effort to make crossing the street simpler and safer for people who are blind or visually impaired, seven recent Northeastern graduates created a smartphone assisted navigation app called Help Me Get There.

Using broad finger swipes to the left, right, or down, users would cycle through the options on their smartphones and get an audible response each time, Greene explained. “It’s all very intuitive, very forgiving, and allows wide-based swipes,” he said. “Users don’t have to learn anything new in order to use the app. The state of the app is always apparent to the user.” 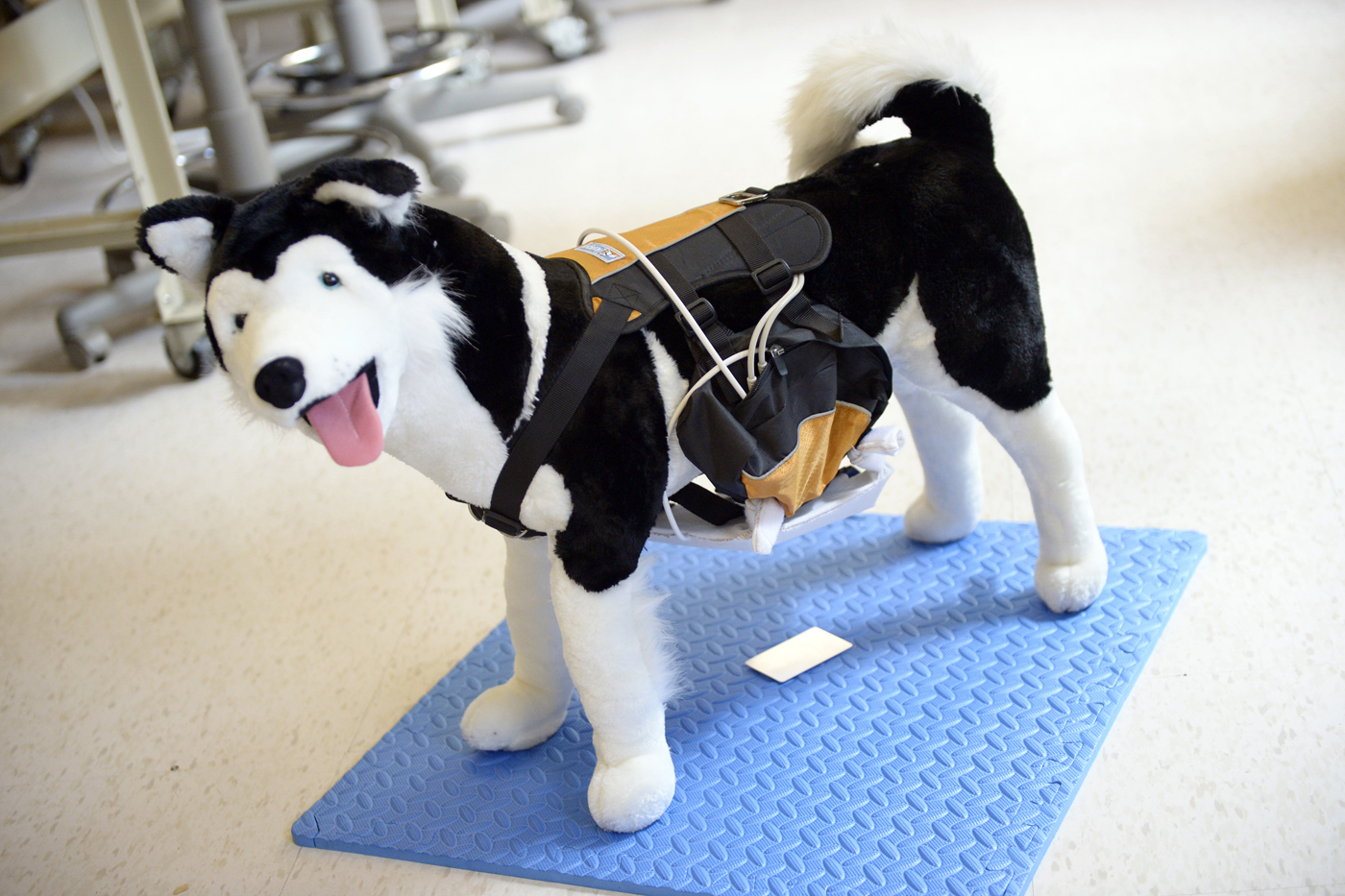 The harness the students developed that would locate the RFID tag at the start of an intersection. Photo by Brooks Canaday/ Northeastern University

While the RFID sensor is embedded in the dog’s harness in the students’ capstone project prototype, the students envision future versions in which the sensor would be placed in the user’s cane.

The students noted that individuals who are blind currently rely on apps such as Google Maps to help them navigate from point A to point B. But those, they said, don’t take into account possible hazards and can be inaccurate at times.

Even seeing- eye dogs have their limitations, Greene explained, as they have trouble seeing cars that are far away and are trained to walk directly to traffic islands in the middle of an intersection, which may catch users by surprise.

The students’ inspiration to create the app grew out of a meeting on campus with individuals at the National Braille Press. “We wanted to find end users who need a viable product to help them,” Donnelly said.

In order to build a database of information for the app, the students visited 16 intersections near Northeastern’s campus and recorded all the pertinent information about the area, including ongoing construction and the number of traffic and bike lanes.

Even though all of the students who developed this app graduated this month, the Enabling Engineering student organization will continue to work on it. Enabling Engineering applies engineering technologies to build low- cost devices that improve the lives of the elderly and individuals with physical or cognitive disabilities.

“More than anything else, it is our hope to bring to attention that it is possible to create a software-based solution that significantly improves the lives of those with disabilities,” Greene said.