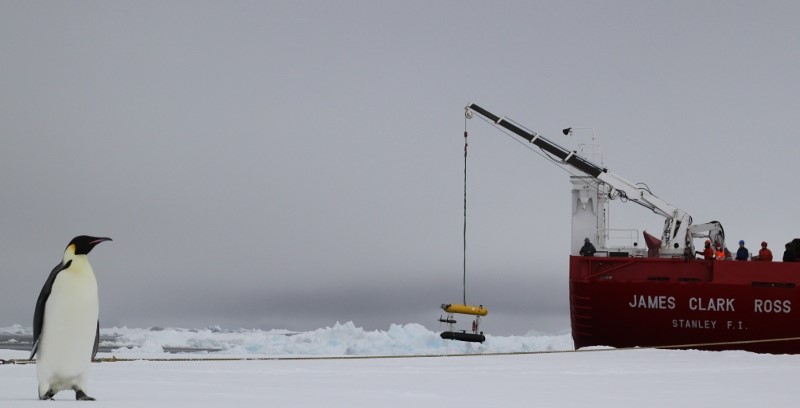 The work of Professor Hanumant Singh, a new comer to the Northeastern ECE faculty, has taken him to the ends of the world as his autonomous underwater vehicle (AUV) technology has gone places no one has before.

Professor Singh, an MIT graduate, comes to Northeastern after a long stint with the Woods Hole Oceanographic Institution. His work on the SeaBED-Class AUV has led the way for the exploration and monitoring of polar sea ice. The new methodology takes measurements from both under the ice, using Professor Singh’s AUV, and above the ice at the same time for more accurate measurements of surface elevation, snow depth, and ice draft, or the thickness of ice below the water line. This new method provides much more data and allows for complete characterization of sea ice, from snow surface, ice surface and the ice bottom.

The SeaBED-Class AUV is equipped with sonar technology that obtained the first high-resolution geolocated three-dimensional maps of Antarctic sea ice draft. In the past, sea ice exploration has mostly happened on the ice itself, limiting what can be gleaned from data observed by ice core sampling and drill lines.

Now that data can be taken simultaneously from above and below sea ice, it allows for more accurate readings to provide insight into relationships between the ice and the snow cover. This information can now be scaled up or down to be useful in several different kinds of studies in different fields, such as large-scale satellite estimates of sea ice thickness or biological studies of sea ice algal distribution.

The detailed measurements of sea ice drafts are taken by Professor Singh’s AUV using multibeam sonars. The sleek AUV is designed with twin-hulls and a three thruster layout to allow precision control capabilities. The machine is also easily deployable and recoverable which is a necessity when dealing with sea ice.

Once deployed, the multibeam sonars attached to the AUV map the underside of the sea ice as the machine drives in a lawnmower pattern with overlapping swaths. Operating at 20 to 30 meters below the surface, the AUV can efficiently return preliminary maps of a 400 x 400-meter grid in 6 hours.

This machine is a key part in a methodology that delivered a complete measurement of sea ice, the first data of its kind. Logistically, AUVs add little to no complications to the planning of a typical sea ice voyage, can be done with modest cost, and returns a holistic approach to monitoring and mapping sea ice. This methodology could easily become the new standard of ice exploration.

Professor Singh’s technology makes possible a new era of field experiments into the processes and phenomena of the ocean and sea ice. 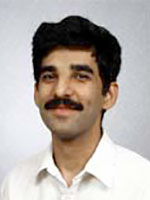