Improving the Capabilities of Humanoid Robots in Nuclear Facilities 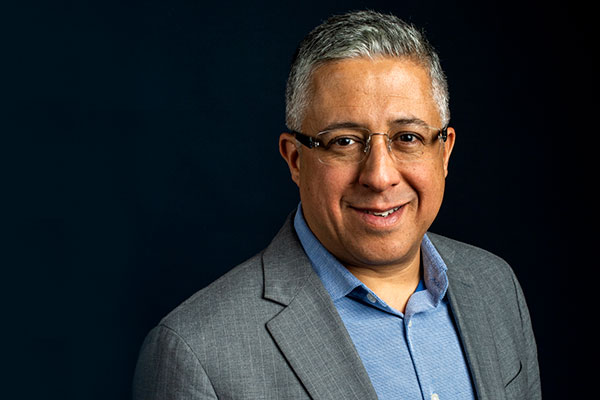 Performing any operation in a nuclear facility is a dangerous, painstaking process. What if a robot with human-like capabilities could be guided by humans to safely and effectively carry out the most dangerous tasks?

That’s the goal of Electrical and Computer Engineering Associate Professor Taskin Padir whose research project, “Cooperative Control of Humanoid Robots for Remote Operations in Nuclear Environments,” recently earned him and his counterpart at University of Massachusetts Lowell a one-year, $400K National Science Foundation grant. Padir and his team seek to enhance the capabilities of NASA’s Valkyrie robot to perform operations in science “glove boxes” prevalent in nuclear facilities. These glass boxes feature two ports through which a human operator, wearing thick plastic gloves to prevent exposure to lethal materials, can insert his hands to run experiments, for example.

“Glove boxes are intended to provide safety for humans, but so many accidents can happen,” says Padir. The solution: embody the specific skill set required to use glove boxes in the robot avatar, then enable the human supervisor to safely control the robot from a distant location. “A robot like Valkyrie can put its hands in the glove ports and perform experiments guided by humans,” he says.

Advancing the field of robotics

Controlling a complex humanoid robot is no small task, according to Padir, with safety being a primary concern. “On the robot side, we need to create safe behaviors, he says, “for example, being able to walk to the ports, putting its hands in the glove ports, avoiding obstacles, not colliding with the environment. Converting human action to robot actions to guarantee no failures and completion of the task—that’s the research challenge; it’s what we’re trying to advance on the robotics side.”

For Padir, his ultimate goal is using robotics technology to create a better quality of life, whether that’s saving time and resources, increasing productivity, or aiding in the monumental task of nuclear waste cleanup. “If we can develop capabilities on both the robot side and human-robot side—to enable seamless human-robot collaboration, to understand human action and intent, to replicate useful robot actions in a distant location—this scenario can be a game changer.”

As the enabling technologies mature, humanoid robots will find numerous practical applications, as personal assistants in the home, first-responders in disaster relief, and as pre-deployed space exploration assets. This project will advance the capabilities of NASA’s humanoid robot, Valkyrie, to replace human hands for safe and risk-averse operations in existing science gloveboxes commonly found in nuclear facilities. The project is motivated by the fact that the dirty, dull and dangerous tasks ideal for human-supervised robots are extensively found in thousands of gloveboxes being used today. The risk-averse control framework for humanoid robots will provide significant contributions to robotics and robot manipulation fields; the resulting technologies will also significantly improve the safety of humans, accuracy of operations, and cost-effectiveness associated with operations in high-consequence material handling applications. Successful completion of this project will not only progress the technological readiness of humanoids for practical applications but also will contribute new knowledge to the field including how to translate human commands to safe robot control methods. The project will create programs and tools to train a workforce with new skills including teleoperation and interface design.

The research goals of the project will make novel contributions to the fields of constrained robot manipulation and human-robot interaction. Specifically, this project will (1) validate a human-supervised control framework for the risk-averse and intuitive operation of NASA’s humanoid robot, Valkyrie, performing common tasks found in science gloveboxes such as pushing and sliding objects to the discharge ports; (2) develop theory and practice for perception based robot manipulation and design novel solutions to handle uncertainty, blend motion/force planning with high-level human input and ambient intelligence to robustly execute practical tasks; (3) introduce and refine the operational principles and evaluate safety significance of deploying humanoids in nuclear operations; (4) develop new paradigms for applicability of humanoid robots in nuclear clean-up by optimizing performance on a task-by-task basis. The project outcomes will create new approaches in addressing multidisciplinary challenges at the intersection of hardware/software co-design, control theory, robotics, and human-robot interaction.