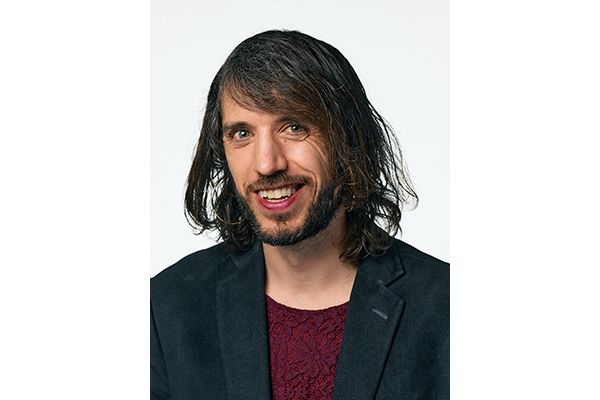 Chemical Engineering Associate Teaching Professor Lucas Landherr completed a term as Chair of the Societal Impact Operating Council (SIOC) for the American Institute of Chemical Engineers (AIChE), the national professional society for chemical engineers, and has been elected the Chair of the AIChE K-12 Committee for 2020.

AIChE is led by a Board of Directors, which is directly supported by three Operating Councils, including SIOC.  SIOC oversees many of AIChE’s groups and committees directly associated with diversity and broader impacts, including the Minority Affairs Committee (MAC), Women in Chemical Engineering (WIC), LGBTQ+ & Allies, and the Disabilities Outreach and Inclusion Community (DORIC).  During Landherr’s term as Chair in 2019, SIOC worked on AIChE’s Diversity Statement, supported growth and formation of the disabilities, LGBTQ+, and K-12 committees, and advocated for several scholarship and broader impact grants.  Landherr will continue serving SIOC as the Past-Chair in 2020, in his fifth year on the council.

The K-12 Committee works to support outreach activities conducted by AIChE members and committees and is being re-established nearly 20 years after it was disbanded.  This past November, AIChE held the first K-12 STEM Showcase, hosting a STEM module competition and bringing over 150 students, parents, and educators to the Annual Meeting site in Orlando to interact with the modules and be inspired to continue learning in STEM fields.  Landherr worked with the K-12 Committee in first proposing the Showcase, then helping to organize it for the Annual Meeting.  He was elected Chair for 2020 in the first series of elections for the re-established committee.