Securing Mobile Networks 4G to 5G and Beyond 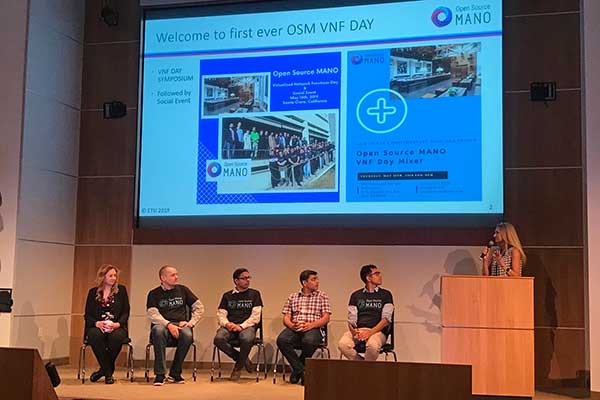 Before coming to Northeastern, Apoorva Jain, and alumnus of the MS in Telecommunication Networks program, worked in the burgeoning telecommunications sector of Mumbai at Reliance Communications just as broadband internet was gaining momentum in 2005. 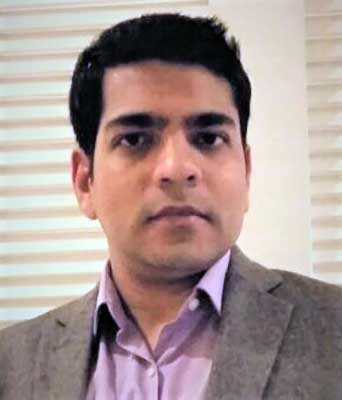 Jain considered an MBA, but then the housing and financial crisis hit in 2007. “I decided to play on my strength of telecom experience to get involved in the cutting-edge of mobile networks,” he explains. He turned the 2007 financial crisis into an opportunity for change and growth in his career. With a decision between several U.S. programs, Jain chose Northeastern’s MS in Telecommunication Networks because of its Boston location and the co-op program. Jain says, “I took my time carefully because I wanted to have a plan to pay back the loans for my education. The decision was a good one—it paid off.”

In Jain’s first semester, he felt overwhelmed by the many differences between India and the U.S. When he boarded the plane, it was a hot and humid December in Mumbai. When he arrived in Boston, it was “1 degree Fahrenheit.” Soon, he made new friends. “The international student body was great, every other day they hosted a free international cuisine meal.” Jain spoke with many fellow students about classes and co-op plans. “I was drinking from a firehose of information available.” Jain turned to one of his professors, Peter O’Reilly, for a helpful conversation to figure out the core courses and electives that would fit his focus. “My focus was to land a great job at a nice company, rather than continue to a PhD program. It was strategic for the time,” he remembers. His new courses covered telecom architecture, computer and information sciences, and business policy.

When it came time for co-op, Jain found it a new learning experience. “Career services at Northeastern certainly helped.” In addition, O’Reilly helped Jain by pointing him to white papers to study for topics within the interviews. After his first year, Jain landed an eight-month co-op in Dallas at the telecommunications vendor Ericsson, which was hiring engineers to help migrate companies like Verizon and AT&T from 3G to 4G. “It was the best co-op I could get at the time and at the leading edge of the implementation of 4G,” he says. While at Ericsson, Jain worked in the systems integration team, including on a project for Vodafone Germany to provide FIFA World Cup score updates over cell phones.

Projects at Ericsson helped Jain in applying what he learned in co-op and tailoring specific courses for when he returned to Northeastern to finish the program. Jain chose an independent study course under the guidance of O’Reilly to create a positioning report for charging customer pay-as-you-go 4G plan. “Flexibility of electives within the program opened up many options for me,” he says. Jain also picked up a course on IT auditing with Professor John Beveridge in his last semester. “The class helped me appreciate and understand the IT regulatory and governance model that enterprises need to adhere to. I really liked his approach towards teaching the subject; it was filled with his anecdotes about IT audits that he would share given his experience as a state auditor.”

Towards the end of his final semester, Ericsson asked if Jain wanted to return full time in product development and validation to ensure that their product would work with multiple vendors in both 3G and 4G. Jain says, “I went with them because they were the best company to work for in the 4G space. It was super enriching and I made so many industry contacts through customers. I encouraged several of my classmates to join Ericsson. We help each other and pull each other up. The comradery between Huskies is impressive.” After several years with Ericsson in Texas, Jain moved to San Jose to start at Cisco in the cloud computing and virtualization space that helped virtualize the mobile networks as a software engineer.

Now, Jain works at Palo Alto Networks as a senior product manager in cloud and network security with a focus on securing mobile infrastructure as a critical asset. “I feel that being in the network and cybersecurity world is important more than ever. Mobile networks weren’t originally designed to be secure,” he explains. With the industry 4.0, enterprises within the critical infrastructure space, such as energy utilities, healthcare, mining, and smart manufacturing, are in a digital transformation. Mobile networks are the critical enabler to make this transformation. However, the security risks within the 4G and 5G networks have increased multi-fold. “We are already seeing how threat actors can compromise these networks easily to do a whole lot of damage to the enterprises. It’s more important than ever to talk about how the critical industries of today are using mobile networks, and why they need to be secured to protect national security in a world of increasing cyberattacks,” says Jain.

Jain endorses the MS in Telecommunications Networks program. “If anyone wants to learn about computer and mobile networks, it’s a great program that can appeal to both the academic and the industry track professionals. For someone like me, it covered management classes in Finance, IT auditing, and Business Policy. The faculty have a lot of industry experience and connections to help students learn with co-ops.” A few years after joining Palo Alto Networks, a new CEO arrived, one who happens to be a Northeastern alum. Jain says, “I see Northeastern alumni across the industry.”