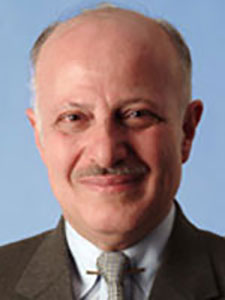 Dr. Satvat joined Northeastern University as a Cooperative Education Faculty Member and a Senior Lecturer of Chemical Engineering in January of 1996. He has over twenty-five years of industrial and academic experience. From conception to completion, he has designed numerous processes and has developed many products that have resulted in increased market share and market leadership for various companies. Prior to joining Northeastern University, Dr. Satvat was a senior technical manager at Millipore Corporation, spearheading multi-million-dollar projects. In the late 1980s, Dr. Satvat served as a Professor of Chemical Engineering at the Cooper Union for the Advancement of Science and Art in New York City. He has held senior positions in research, engineering and management both at W.R. Grace and Company in Massachusetts and also at Union Camp Corporation in New Jersey. For the past twenty-five years, Dr. Satvat has been an adjunct professor at various academic institutions and an independent consultant in several different branches of chemical engineering. Dr. Satvat holds the following degrees in Chemical Engineering: a Bachelor of Science degree from the Arya-Mehr University of Technology in Tehran, Iran, a Master of Science degree from Oregon State University in Corvallis and a Doctor of Science degree from the Massachusetts Institute of Technology in Cambridge. His research interests include separation technology, transport processes, chemical reaction engineering, thermodynamics, biomedical engineering and process engineering design. Dr. Satvat is a licensed professional engineer and a member of the National Society of Professional Engineers, the American Institute of Chemical Engineers, the American Chemical Society, the Biomedical Engineering Society and the Society of Plastics Engineers. He is the recipient of many scholastic, scientific and research awards, including induction into the Phi Kappa Phi and Sigma Xi National Honor Societies. In addition, Dr. Satvat has authored and co-authored numerous scientific articles and reports. He also holds several patents in separation technology and transport processes. In 1988, Dr. Satvat was selected for inclusion in Who’s Who in America.