Different Loads on Bones Can Cause them to Break 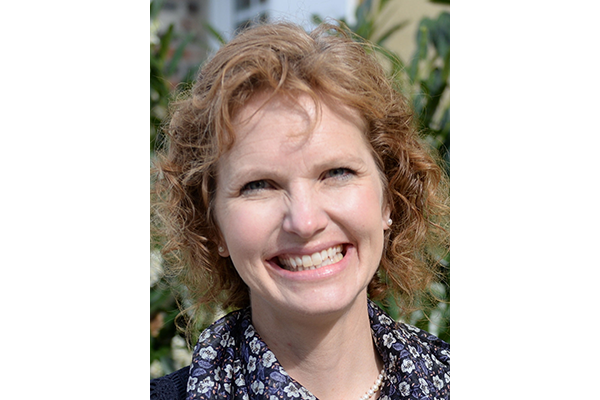 Using the injury of French gymnast Samir Ait Said during the Olympics, MIE associate professor Sandra Shefelbine explains how bones can break when different loads are placed on them.

Earlier this month, French gymnast Samir Ait Said broke his leg at the Rio Olympics while vaulting during the men’s preliminaries. When Northeastern professor Sandra Shefelbine viewed the gruesome injury online afterward, her reaction mirrored that of most viewers. “Ouch!” she exclaimed.

Yet Shefelbine views this injury through a different lens than most Olympics viewers. She is an expert in bone biomechanics and studies how the structure and composition of bones influence their mechanical properties.

“It looked like his foot was planted, and his knee was twisting,” explains Shefelbine, associate professor in the Department of Mechanical and Industrial Engineering. “That is called torsion, and bones—and most materials, for that matter—aren’t as strong in torsion. Ligament tears usually happen this way. The way his leg went down, there was probably a high degree of tort, which is a rotating force.”

Bones break when the load on the bone is too much for it to withstand, Shefelbine says. “But one interesting thing about bones is that they are optimized for our daily loading activities. If you put unique loads on them, they’re not as strong as when you put the normal loads on them.”

Loads, Shefelbine explains, essentially refer to force. Bones also break when the force is going in a different direction than a person normally experiences—in the French gymnast’s case, his leg, upon landing, was bent at a different angle than usual.

“The way he landed, it was a very different loading situation than from normal activity,” she says. 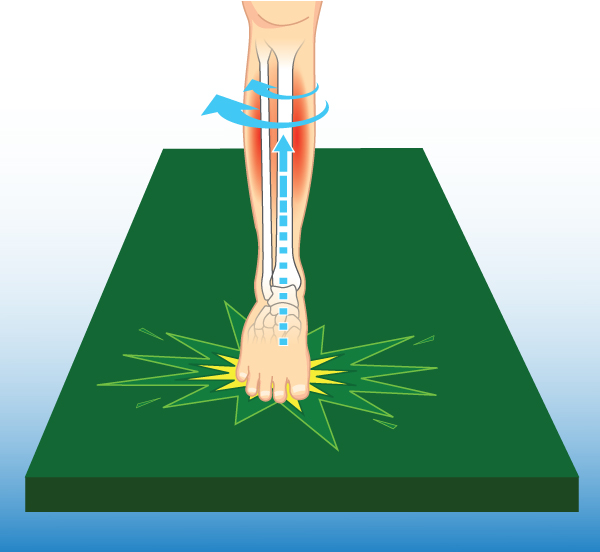 One possible cause of the gymnast’s leg break is that his leg was twisting as his foot hit the mat, and the force was too great on the leg and caused the break. Graphic by Greg Grinnell/​Northeastern University

Shefelbine’s research focuses primarily on injuries that can be prevented and understanding the appropriate levels and types of loads we should be putting on our bones. She uses in vivo experimentation and computational modeling to study topics ranging from how bones adapt to increased mechanical load to what makes the bones of patients with brittle bone disease more susceptible to fractures. She also looks at how bones develop over the course of a single individual’s lifetime.

One track of her research focuses on working with paraplegics to help them maintain their bone health; she explains that their bones get weaker because they’re not putting the same loads on them as they once did. Another track explores children who play youth sports at an elite level, with a particular emphasis on whether that changes how their bones grow and whether it can lead to hip deformity and arthritis later in life.

That’s not to say physical activity is bad for your bones. “Our bones are fantastic for walking and running,” Shefelbine says, noting that putting higher loads on your bones actually builds more bone and makes them stronger and tougher. She says studies have shown that adult tennis players, for example, have higher bone density in their upper bodies than non-athletes.

Freak and unpreventable accidents like the French gymnast’s will happen, she says. But, speaking generally of the average person and injury prevention, “By having healthy bones, you have a wider safety margin.”