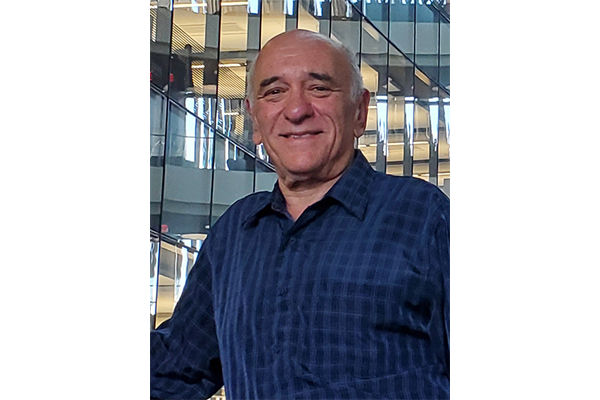 It is critical for biological systems to maintain tightly regulated levels of physiological variables, such as temperature and pressure at the organism level, or chemical concentrations at the cellular level.  This phenomenon is often referred to as homeostasis.  In mechanical and electrical engineering, a mechanism called “integral feedback” is known to play a key role in homeostasis, and it is question of great theoretical and practical interest to know whether this mechanism can also operate in cells.

In a paper recently published in Nature Communications on “in vitro implementation of robust gene regulation in a synthetic biomolecular integral controller“, supported by grants from the National Science Foundation and the Defense Advanced Research Projects Agency, a team led by Northeastern Electrical and Computer Engineering and Bioengineering Professor Eduardo Sontag was able to implement, for the first time, an analog of integral feedback controllers in a synthetic “test tube” gene circuit.  The successful implementation was preceded by a careful mathematical analysis, and constitutes a “proof of principle” for the systematic computer-aided design of such circuits in cells.