Photo: Debra Auguste, a professor of chemical engineering in the College of Engineering, designed a new way to target triple-negative breast cancer that simultaneously delivers a cancer-killing drug and interferes with the cancer’s ability to grow and spread. Photo by Matthew Modoono/Northeastern University

The type of breast cancer most likely to affect young people and African Americans is also one of the most aggressive and difficult to treat. 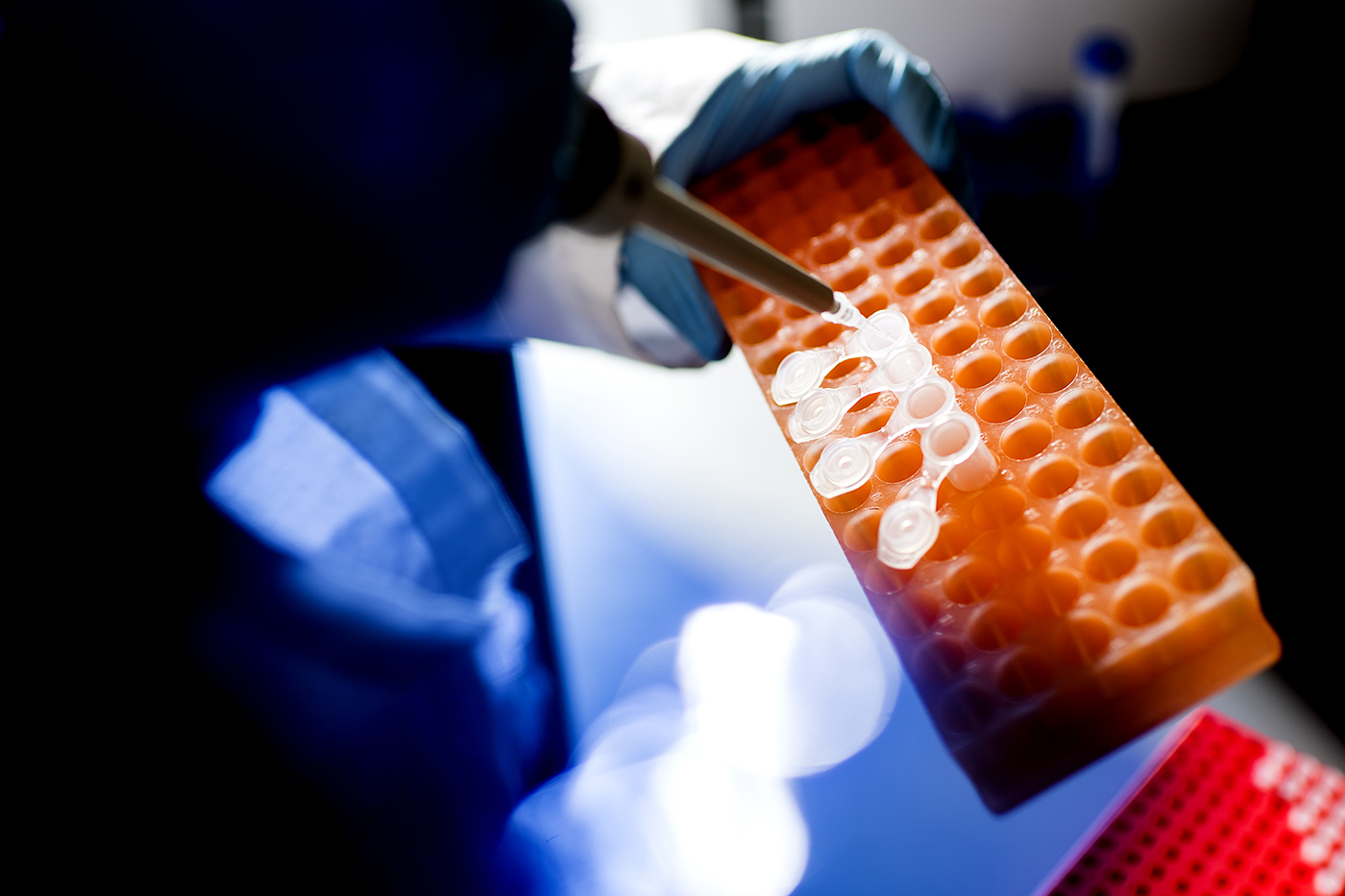 Auguste and her colleagues chose two common receptors and determined the ratio of one to the other on the surface of two separate lines of triple-negative breast cancer cells. Photo by Matthew Modoono/Northeastern University

“It’s treated with surgery, chemotherapy, and in some cases radiation,” says Debra Auguste, a Northeastern professor of chemical engineering. “But there is no targeted therapy that acts on the cellular biology.”

Auguste is working with colleagues at Boston Children’s Hospital to improve the prognosis for patients with triple-negative breast cancer. In a paper published in Science Advances, the researchers demonstrated a new way to target triple-negative breast cancer that simultaneously delivers a cancer-killing drug and interferes with the cancer’s ability to grow and spread.

When a patient is given cancer-treating drugs, those drugs often end up scattered throughout the patient’s body. To direct them more specifically, researchers need to package the drugs in a way that causes them to bind to, or interact with, the cancerous cells.

One way to do this is by targeting receptors on the surface of cancer cells. Researchers identify a receptor that is particularly prevalent and attach a matching molecule to the drug they want to deliver. But this method doesn’t always work.

Instead of matching a single receptor with a single molecule, Auguste and her colleagues chose two common receptors and determined the ratio of one to the other on the surface of two separate lines of triple-negative breast cancer cells. Then, they designed therapeutics for each cell line that were coated in matching molecules, distributed at that same ratio.

“Most targeting is looking for a single over-expression of one receptor,” Auguste says. “Here, we’re really trying to understand what is on the cell, and how we can make a personalized therapeutic that would have the greatest effect.”

When the researchers tested their therapeutic in mice, it not only successfully delivered the drug to cancerous cells, but it also kept the cancer from spreading and metastasizing. The drug delivery vehicle binds with multiple receptors, interfering with cell processes that might signal the cancer to reproduce rapidly or spread into other tissue.

“The act of binding makes a difference,” Auguste says. “Now we have something that affects proliferation, affects cell migration, and also delivers the chemotherapeutic that can act to kill the cell.”

Perfectly matching the ratio of receptors on individual cancer cell lines isn’t really feasible outside the lab, Auguste says. But with enough data about the population dynamics of triple-negative breast cancer, the researchers could potentially find out which receptor ratios are most common. Then, drugs could be formulated to match those.

And while the researchers are currently focusing on triple-negative breast cancer, Auguste says their work is more broadly applicable. As researchers learn more about the roles of various receptors, drugs could be formulated to interfere with the cell processes of a variety of cancers.

“We’re trying to understand how these patterns evolve on cell surfaces,” Auguste says. “Then we can connect them to the actual biology and cell functions and behaviors that are going to lead to progress and paradigm shifts in our field.”