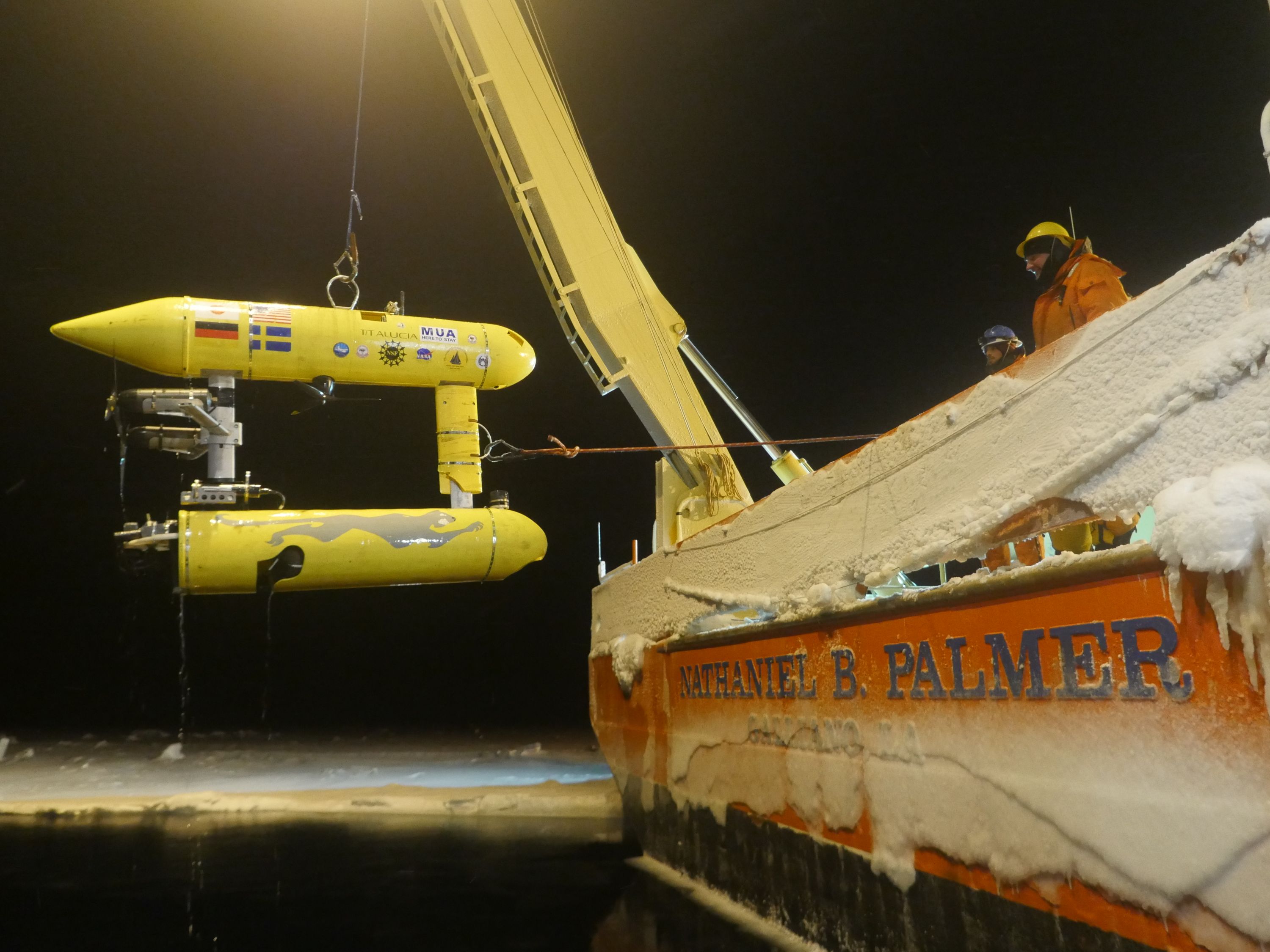 An international crew of scientists, including computer engineering PhD student Alek Razdan and ECE/MIE Professor Hanumant Singh, recently returned from a two-month expedition to the Antarctic Ocean where they launched the Jaguar, an autonomous underwater vehicle, to examine the ice in winter months.

This is the Antarctic Ocean in winter. It’s the last place anyone would want to be—unless you’re trying to solve a climate change mystery. 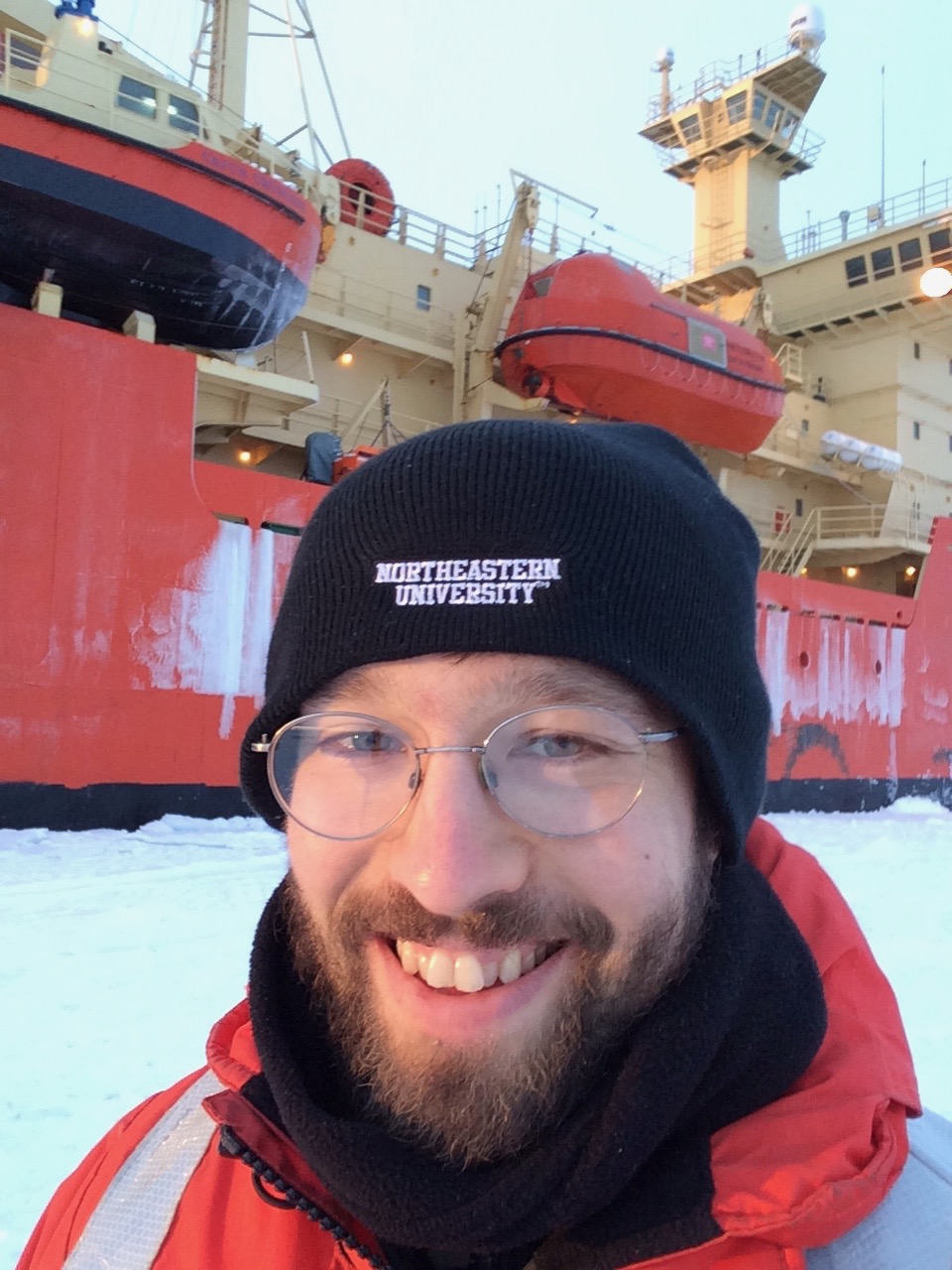 An international crew of scientists, including Northeastern graduate student Alek Razdan, recently returned from a two-month expedition to the Ross Sea off the coast of Antarctica. Razdan works with Northeastern professor Hanumant Singh, who designed and built another member of the crew—the Jaguar, an autonomous underwater vehicle.

The research group set sail from New Zealand aboard the Nathaniel B. Palmer, a type of ship called an icebreaker that’s capable of smashing through glacial waters. The expedition was the first ever to deploy an underwater robot into the Antarctic Ocean during winter.

“Old school” measurement gets an upgrade

The goal of the trip was to study sea ice. Huge sheets of sea ice help cool the Earth by reflecting away the sun’s rays. When the ice forms, it produces dense waters that sink deep into the ocean and drive underwater currents that move heat around the globe, controlling temperatures and climates. 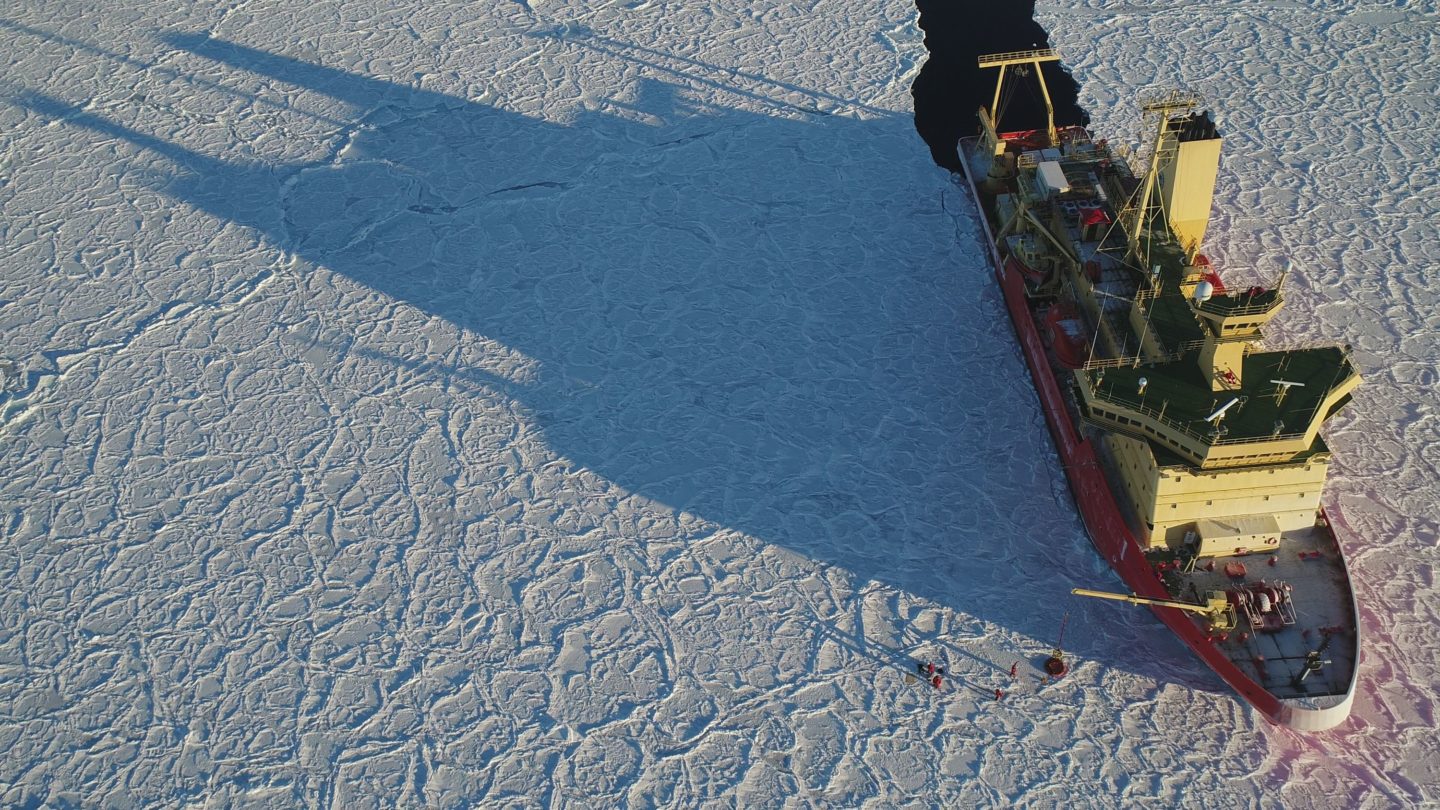 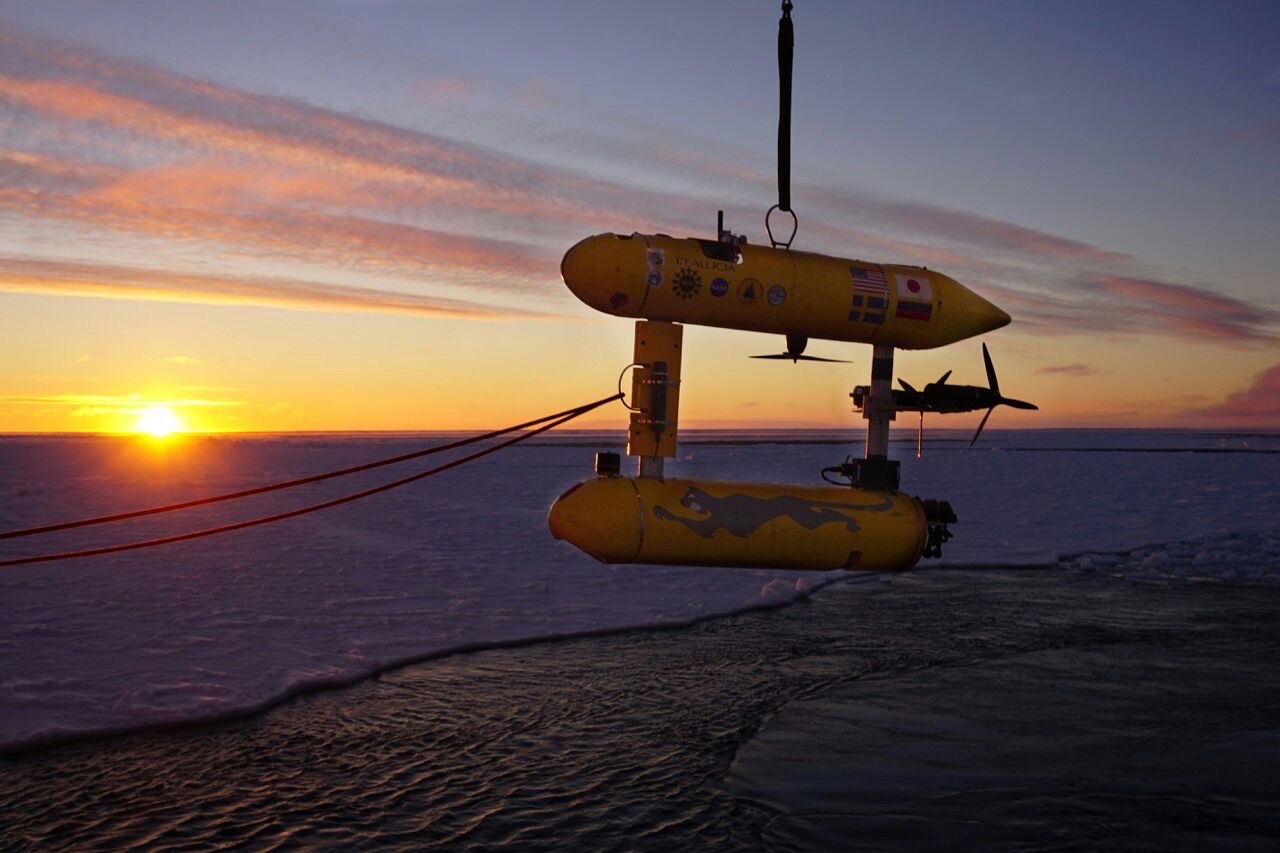 In most places on Earth, sea ice is shrinking. In the Antarctic, it appears to be expanding. This expedition sought to figure out why. But in order to get a complete picture of this enigma, researchers need to see and measure the underside of the sea ice sheets.

Traditionally, this has been done by drilling a hole in the ice and dropping down a weighted cord to take measurements.

“It’s pretty old school,” said Singh. “We went out and changed that a little bit.”

That’s where the Jaguar comes in. The robotic vehicle plunged into some of the coldest waters on Earth, during the most treacherous time of year. Razdan, PhD’21, was responsible for helping to assemble, deploy, and recover the vehicle. He also generated 3-D maps from sonar data collected by the Jaguar.

“It’s a very high-risk project, so there is a strong chance you’re going to fail,” Singh said. However, the Jaguar—and its handlers—are cut out for this sort of thing. Singh, who has completed 16 AUV missions over the past 10 years, has a reputation for success.

In a paper published in Science Robotics, Singh and his colleagues describe the culmination of all the data they’ve collected so far, writing, “This is the most comprehensive and the only high-resolution 3-D view of Antarctic sea-ice morphology to date.”

The maps they are generating show a side of sea ice that has been invisible, until now. Under the water’s surface, there are deformations that old-school drilling measurements couldn’t account for. Researchers now know that in many areas, sea ice is thicker than previously thought. There is also much more regional variability than anyone knew.

“When you talk about the increase of sea ice in the Antarctic, it’s actually the wrong question. That was really driven home by this particular cruise,” said Ted Maksym, a scientist at the Woods Hole Oceanographic Institution who collaborated with Singh. He explained that although some sea ice in the Antarctic is expanding, in other regions, it is shrinking. That begs the question, why are there such large and contrasting regional differences in the area?

This is the mystery Maksym and Singh are working on now. They are planning to build new robots that can stay in the ocean for longer periods of time and collect more data. Like the Jaguar, these vehicles must be inexpensive, since there is a high likelihood they will get lost. But that doesn’t discourage Singh and Maksym.

“Ted always keeps pushing me,” Singh said. “I tell him, ‘you’re giving me all my gray hair!’ It’s a good dynamic.” 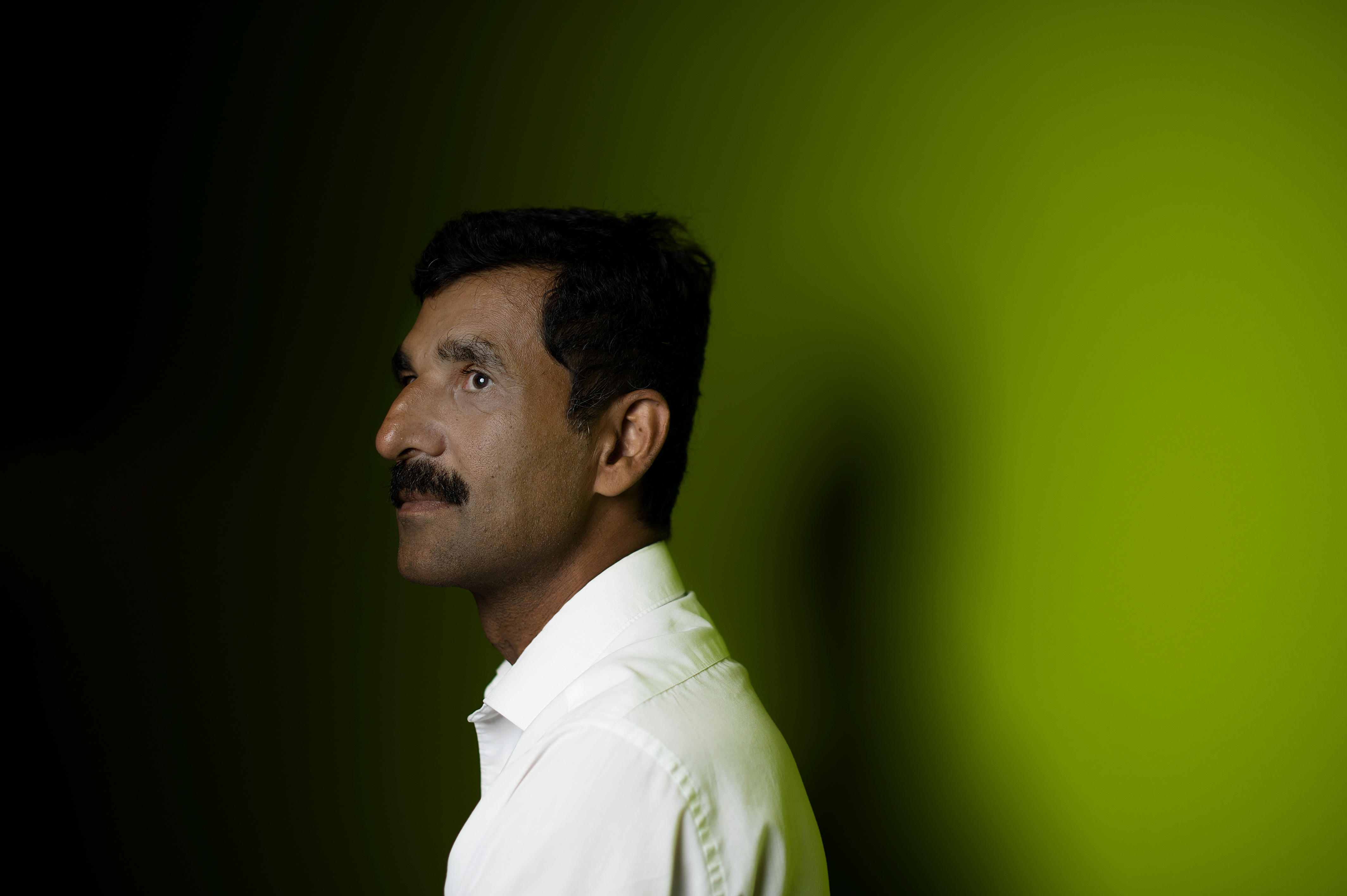 Close calls in the cold

Most research teams steer clear of the Antarctic Ocean during wintertime, and it’s easy to imagine why. Danger lurks around every turn.

“It’s blowing gale force winds all the time—up to 70 knots—and we can only deploy in winds less than 25. The temperature can be as low as negative 40 degrees Fahrenheit,” Singh said.

With temperatures that cold, it’s possible for ice to freeze around the ship, trapping everyone on board for months until help arrives. The Nathaniel B. Palmer can cut through single-year ice, but only a nuclear icebreaker can cut through multi-year ice, and there are fewer than 10 of them in the world.

Razdan described a terrifying moment when another crew member stuck a probing pole into the snow and watched a massive ice crack open up beneath his feet. On a previous expedition, Singh said their ship got stuck in the ice and started heeling, or tipping toward one side.

The extreme weather also requires scientists to layer up so much that basic tasks become nearly impossible. “I couldn’t have imagined how hard the clothing would make everything, from walking, to talking, to screwing on nuts and bolts outside,” Razdan said. But even in spite of the challenges, he added, “If I had another opportunity to go, I would jump on it in a second.”