He is currently Professor of Electrical and Computer Engineering at Northeastern University, with a Khoury College of Computer Sciences courtesy appointment.  He was previously Assistant and Associate Professor of Electrical Engineering, Computer Science, and Statistics at Yale University.  Prof. Yeh has held visiting positions at MIT, Stanford, Princeton, University of California at Berkeley, New York University, Swiss Federal Institute of Technology Lausanne (EPFL), and Technical University of Munich.  He has been on the technical staff at the Mathematical Sciences Research Center, Bell Laboratories, Lucent Technologies, at the Signal Processing Research Department, AT&T Bell Laboratories, and at the Space and Communications Group, Hughes Electronics Corporation.

Professor Yeh has served as Chair of the National Academies Panel on Review of the In-house Laboratory Independent Research in Network Sciences at the Army’s Research, Development, and Engineering Centers (RDECs).  He served on the National Academies Panel on Review of the Information Technology Laboratory at the National Institute of Standards and Technology (NIST).  He has served as the Secretary of the Board of Governors of the IEEE Information Theory Society.  Prof. Yeh serves as the General Chair for ACM SIGMETRICS 2020 and Technical Program Committee Chair for ACM MobiHoc 2021.  He served as a Steering Committee Member for IEEE International Conference on Smart Grid Communications (SmartGridComm) and as General Co-Chair for ACM Conference on Information-Centric Networking (ICN) 2018.

Professor Yeh is a frequent speaker, serving as plenary lecturer and panelist, and giving more than 110 invited talks at leading institutions worldwide.  He has interacted extensively with industry, serving as PI on grants from Cisco, Intel, American Tower, and Raytheon, and serving as consultant to Verizon Wireless.  He is also actively involved in exploring the societal impact of technology, serving as Faculty Fellow of the Internet Society Project at Yale Law School. 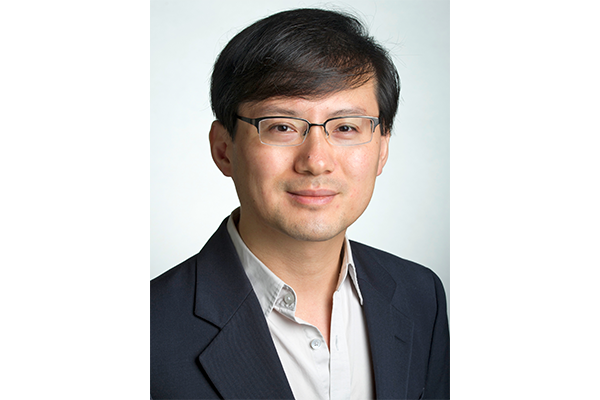 Northeastern University recently led the organization of ACM SIGMETRICS 2020, which is the flagship conference of the ACM in the area of performance analysis of computer systems, and the development of tools and innovative application of tools towards this end.

ECE Professor Edmund Yeh was awarded a patent for creating a “system and method for joint dynamic forwarding and caching in content distribution networks.

ECE Professor Edmund Yeh will speak as a panelist on "Edge Cloud Computing, Private Networks and Slicing" at the Brooklyn 5G Summit in New York (April 23-26, 2019).  The Brooklyn 5G Summit is one of the world's top meetings for the Fifth Generation (5G) wireless industry.  5G wireless is a global technology revolution which is enabling transformative technologies […]

ECE Professor Edmund Yeh will serve as Chair of the National Academies Panel on Review of the In-house Laboratory Independent Research in Network Sciences at the Army’s Research, Development, and Engineering Centers (RDECs).

ECE Professor Edmund Yeh will serve as General Chair of ACM SIGMETRICS 2020, to be held in Boston.  SIGMETRICS is the world's leading conference in the area of performance analysis, measurement, and modeling of computer systems.  Known for its high selectivity, the conference has published many landmark papers in the area. SIGMETRICS 2018.