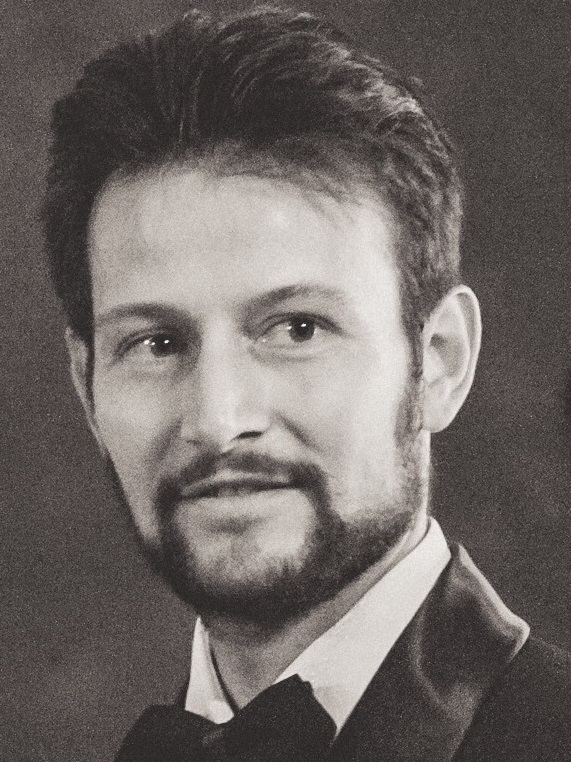 Nikolai Slavov received undergraduate education from MIT and a doctoral degree from Princeton University for characterizing the coordination of cellular growth with gene expression and metabolism.

The Slavov laboratory pioneered methods for single-cell proteomics and used them to connect protein covariation across single cells to functional phenotypes, including macrophage polarization, emergence of drug resistance priming, early mammalian development, and stem cell differentiation. The Slavov team has obtained direct evidence for a new regulatory mechanism of protein synthesis (ribosome specialization) and continues to drive research in this emerging field.

Many biological processes stem from the coordinated interactions of molecularly and functionally diverse cells. However, this diversity is relatively unexplored at the proteome level because of the limitations of conventional affinity-based reagents for quantifying proteins in single cells. To alleviate these limitations, in 2017 our laboratory introduced Single Cell ProtEomics by Mass Spectrometry (SCoPE-MS). Since then, we developed more powerful and fully automated methods, including SCoPE2, pSCoPE, and plexDIA.

Taking advantage of ideas for advancing data acquisition and interpretation, we developed next generation methods that increase the sensitivity, data completeness and flexibility of single-cell protein analysis. These allow prioritization of thousands of proteins and highly parallel analysis of both single-cells and peptides. All of these methods can be implemented using accessible commercial equipment.

All living cells must coordinate their metabolism, growth, division, and differentiation with their gene expression. Gene expression is regulated at multiple layers, from histone modifications (histone code) through RNA processing to protein degradation. While most layers are extensively studied, the regulatory role of specialized ribosomes (ribosome code) is largely unexplored. Such specialization has been suggested by the differential transcription of ribosomal proteins (RPs) and by the observation that mutations of RPs have highly specific phenotypes; particular RP mutations can cause diseases, known as ribosomopathies, and affect selectively the synthesis of some proteins but not of others. This selectivity and the differential RP transcription raise the hypothesis that cells may build specialized ribosomes with different stoichiometries among RPs as a means of regulating protein synthesis.
While the existence of specialized ribosomes has been hypothesized for decades, experimental and analytical roadblocks (such as the need for accurate quantification of homologous proteins and their modifications) have limited the evidence to only a few examples, e.g., the phosphorylation of RP S6. We developed methods to clear these roadblocks and obtained direct evidence for differential stoichiometry among core RPs in unperturbed yeast and mammalian stem cells and its fitness phenotypes. We aim to characterize ribosome specialization and its coordination with gene regulation, metabolism, and cell growth and differentiation. We want to understand quantitatively, conceptually, and mechanistically this coordination with emphasis on direct precision measurements of metabolic fluxes, protein synthesis and degradation rates in absolute units, molecules per cell per hour. 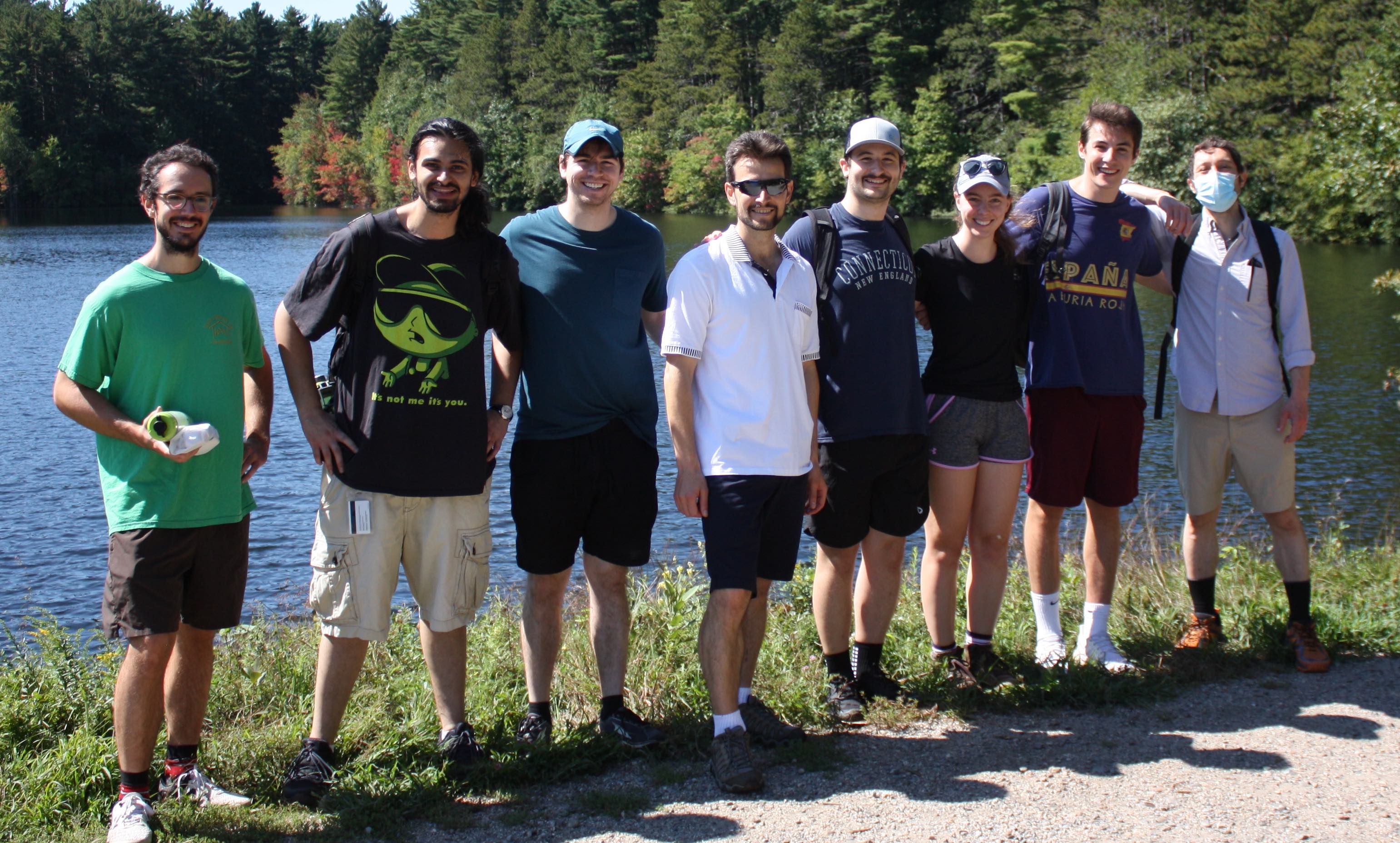 We aim to understand the rules governing emergent systems-level behavior and to use these rules to rationally engineer biological systems. We make quantitative measurements, often at the single-cell level, to test different conceptual frameworks and discriminate among different classes of models. 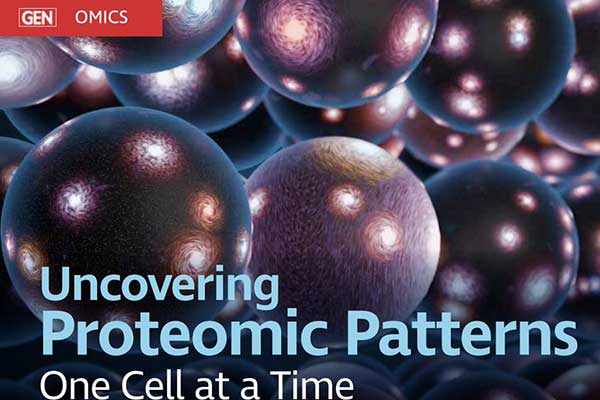 Uncovering Proteomic Patterns One Cell at a Time

Research from the laboratory of Allen Distinguished Investigator and BioE Associate Professor Nikolai Slavov on Uncovering Proteomic Patterns One Cell at a Time was featured in Genetic Engineering & Biotechnology News. 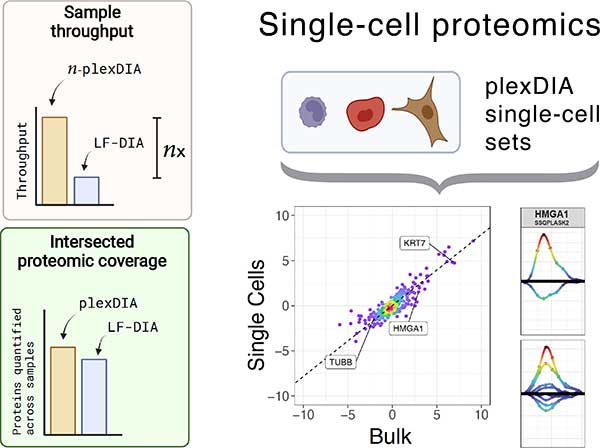 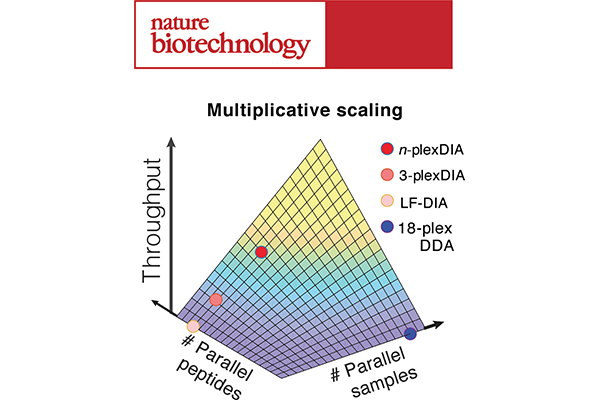 Congratulations to all the winners of the faculty and staff awards, and to everyone for their hard work and dedication during the 2021-2022 academic school year. 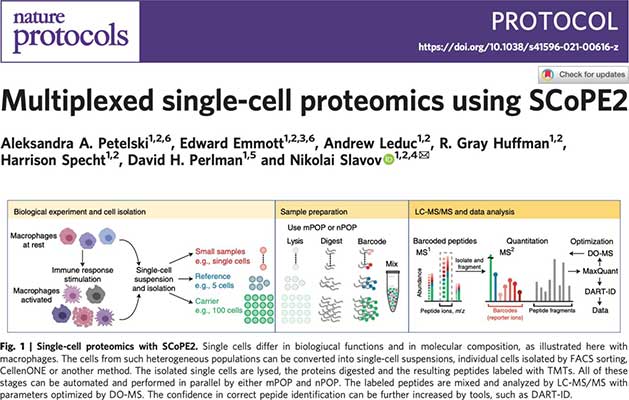 Research from the Slavov Laboratory published in Nature Protocols

Research from the laboratory of BioE Associate Professor and Allen Distinguished Investigator Nikolai Slavov has been published as “Multiplexed single-cell proteomics using SCoPE2” in Nature Protocols. 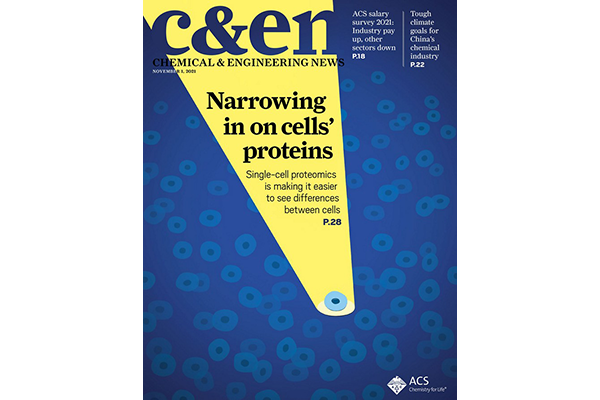 BioE Associate Professor and Allen Distinguished Investigator Nikolai Slavov’s research on “Individual cells’ proteins vary. Single-cell proteomics can now show how” was featured on the cover of the C&EN journal. In Brief Measurements of cell mixtures can hide differences between cells that might be important in biology or disease studies. Researchers have long had tools […] 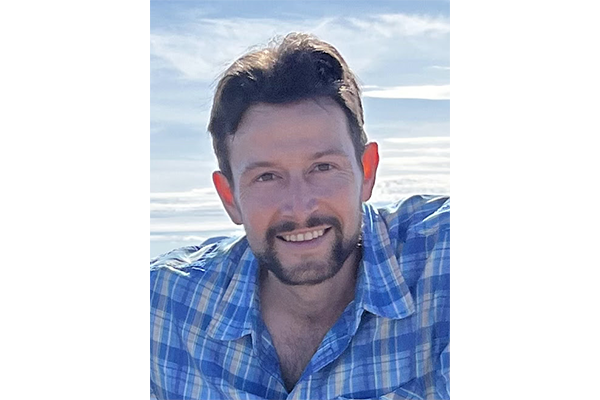 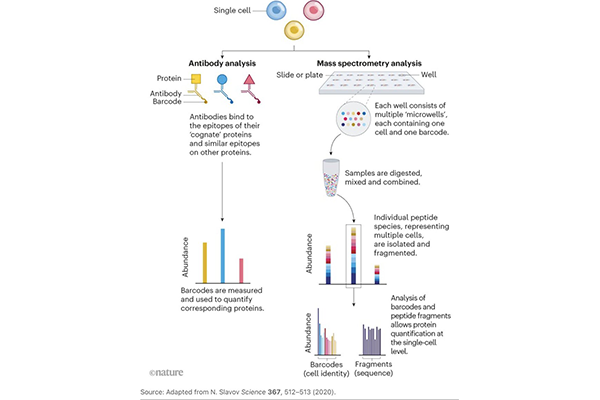