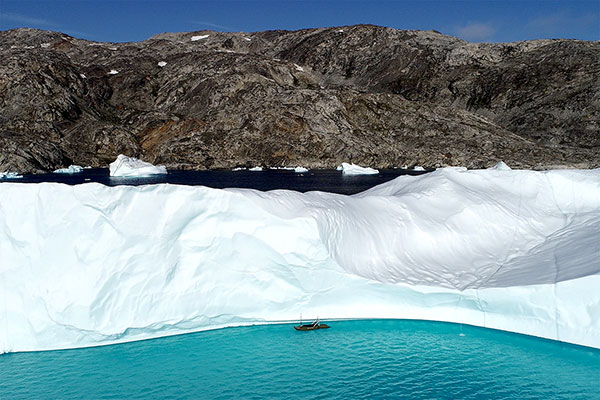 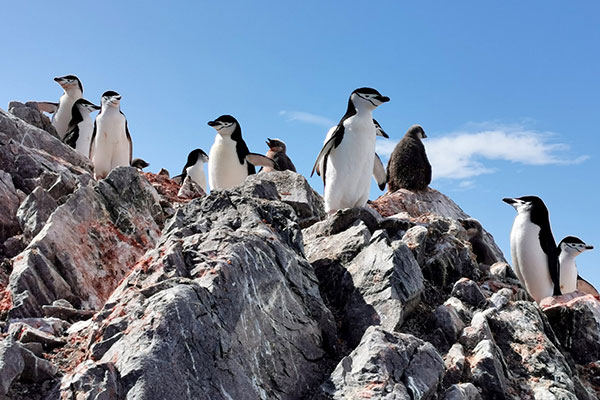 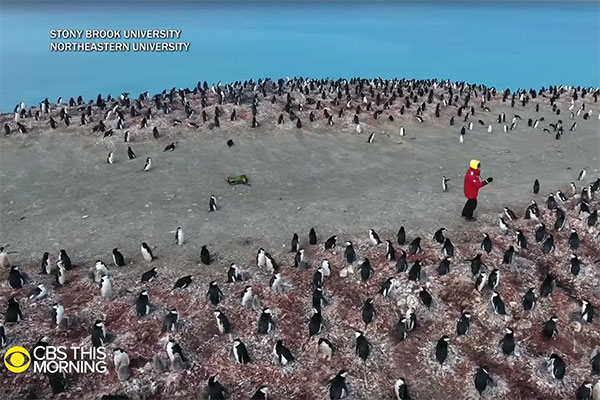 ECE/MIE Professor Hanumant Singh’s research on the declining penguin population in Antarctica was featured on the CBS This Morning segment “Penguin species in Antarctica hit hard by climate change”. 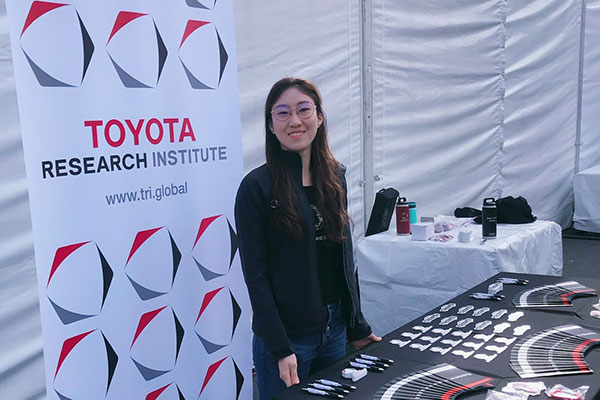 Thinking Out of the Box at Toyota Research Institute

When Amanda Zhu graduated from Northeastern University in May of 2018 with a Master of Science degree in Computer Engineering, she only had to wait a month before she started working at the Toyota Research Institute in Cambridge, Massachusetts. Originating from China, Zhu graduated from the University of New Haven with a bachelor’s degree in […]

Dive Under the Ice With the Brave Robots of Antarctica

ECE/MIE Professor Hanumant Singh was featured in Wired.com’s article and video “Dive Under the Ice With the Brave Robots of Antarctica” for his work with his Seabed and Jetyak robots to collect ocean data in extreme arctic conditions.

The Rise of Northeastern Robotics

Using an autonomous aerial drone system developed by ECE/MIE Professor Hanumant Singh, researchers from the Woods Hole Oceanographic Institution have discovered a colony of more than 1,500,000 Adélie Penguins on the Danger Islands—more than the rest of the entire Antarctic Peninsula region combined.

A variety of robots, such as a prosthetic hand, drones, mobile robots, and an autonomous car and kayak from ECE Associate Professor Taskin Padir’s RIVeR Lab and ECE/MIE Professor Hanumant Singh’s robotics research center were on display at the Interdisciplinary Science and Engineering Complex as part of National Engineers Week.

ECE/MIE Professor Hanumant Singh is using his Jetyak robot, an autonomous vehicle to collect oceanographic data, to study the migration patterns of zooplankton in the Arctic at night.

An international crew of scientists, including computer engineering PhD student Alek Razdan, who works with ECE/MIE Professor Hanumant Singh, recently returned from a two-month expedition to the Antarctic Ocean where they launched the Jaguar, an autonomous underwater vehicle, to examine the ice in winter months.

Who Will Pay for the Future if Not the Robots?

ECE/MIE Professor Hanumant Singh comments on the definition of a robot in Wired's article "Who Will Pay for the Future if Not the Robots?".

ECE/MIE Professor Hanu Singh’s Antarctica expedition, a collaboration with Northeastern’s College of Engineering, the University of Tasmania, and Woods Hole Oceanographic Institution, are featured by the Australian Broadcasting Corporation, to study winter behavior in the region, which includes using drones. ECE student Alek Rezdan is part of the expedition.

The research of ECE and MIE Professor Hanumant Singh is the topic of an article by the Atlantic titled The ‘Curious’ Robots Searching for the Ocean’s Secrets. The article focuses on the advancements of autonomous underwater robots, specifically “curious” robots that adapt to their surroundings by having the ability to detect the unexpected with sensors […]

ECE Professor Hanumant Singh's work is featured in an article by The Atlantic titled, "How Many Fish are in the Sea?" The article highlights Professor Singh's work with Autonomous Underwater Vehicles, or AUVs. Professor Singh has adopted the design of his robot to help researchers with the daunting task of counting bottom-dwelling fish.

ECE Professor Hanumant Singh's article on "A crab swarm at an ecological hotspot: patchiness and population density from AUV observations at a coastal, tropical seamount" published in PeerJ was picked up by several media outlets including: CNBC, Discovery, Los Angeles Times, Newsweek, New York Times, Smithsonian.com, The Guardian, and the Wall Street Journal.

The work of Professor Hanumant Singh, a new comer to the Northeastern ECE faculty, has taken him to the ends of the world as his autonomous underwater vehicle (AUV) technology has gone places no one has before. Professor Singh, an MIT graduate, comes to Northeastern after a long stint with the Woods Hole Oceanographic Institution. […]

ECE Professor Hanumant Singh’s research on “Drones in a Cold Climate” was featured on the front cover of Earth & Space Science News.

Hanumant Singh joins the Electrical and Computer Engineering department in January 2016 as a Professor.